Home » Celebrities » 47 Photos Showing Mandy Moore's Career Transformation, from 'So Real' to 'This Is Us' 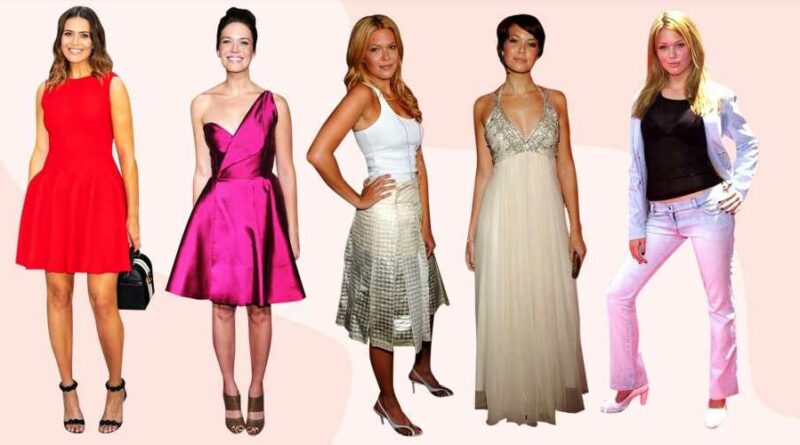 Mandy Moore’s career has truly been a (wait for it) WALK TO REMEMBER, and her road to becoming Rebecca Pearson on This Is Us frankly deserves a movie (or a Lifetime TV show) of its own. In case you haven’t been obsessively following Mandy’s career from pop icon to legit amazing actor like some of us have (me), she’s truly done it all. Quick retrospective for ya before we get into all the details: Mandy started her career as the opening act for boy bands, next she blessed the world with the music video for “Candy” (which is basically a lesson in late ’90s style not to mention a love note to literal candy), and then she pivoted to becoming a movie star. My personal favorites of her films? The Princess Diaries, Saved, Because I Said So, and Tangled, to name *just* a few.

But because landing the lead in a Disney movie simply wasn’t enough massive success, Mandy also had a casual guest-starring role on Grey’s Anatomy, and then she nabbed the even more casual role of Rebecca Pearson on TV’s most successful drama/sob-fest This Is Us. So yeah, Mandy has pretty much done it all—including made me weep copious amounts at my TV—and we can’t wait to see what she does next. Ahem, perhaps it’s time for another new album? Just saying. While we’re waiting for that blessed event, though, let’s go ahead and take a look back at Mandy’s awesome career in photos. And please be advised there are some amazing ~LEWKS~ happening here, so prepare your inner ’90s self.

Here’s Mandy at the 2001 premiere of The Princess Diaries. And before you come for her look, please note that anything’s better than Lana’s school uniform!

Here’s Mandy wearing a bucket hat at a Game Cube premiere party in Hollywood in 2001. She honestly attended a LOT of random events during this era.

Following her film debut in Dr. Dolittle 2 and The Princess Diaries, Mandy starred in the big-screen adaptation of Nicholas Sparks’ A Walk to Remember, opposite hunk of the early ’00s, Shane West. While the film received mixed reviews, it grossed $41 million at the box office, which made it the second most successful Sparks adaptation at the time. (The Notebook was released two years later.)

For the 15th anniversary of A Walk to Remember, Mandy told Entertainment Weekly that part of her “absolutely fell in love” with Shane West. “I don’t know if I could discern the difference between him and the character at that point in time because, again, it was my first experience doing anything like this and I was a 16-year-old, impressionable girl. I was just so caught up in the moment and the experience.”

Mandy chopped off her long hair in 2002, perhaps in preparation for films like All I Want and How to Deal (classics). Here she is rocking the new look at the Much Music Video Awards in Toronto.

In March 2003, Mandy and her pixie cut glammed it up for Elton John’s annual Oscars party. Just so there are no surprises, it would be another 14 years before 47 Meters Down, one of the greatest shark movies in cinematic history.

If hygge, the Danish word and concept for all things cozy, were popular in 2003, Mandy would have been the face of the movement. Here she is accepting a Young Hollywood Award while looking cozy AF. P.S. Really feeling the Rebecca Pearson vibes here.

Mandy’s movie career has included everything from Disney blockbusters to indies to rom-coms. How to Deal was one of those rom-coms, and Mandy was excellent as Allison Janney’s onscreen teenage daughter.

In 2004, Mandy pretended to live at the White House when she played the First Daughter in Chasing Liberty, opposite a young Matthew Goode, who did said chasing. FYI, Matthew would play Tony Armstrong-Jones 13 years later on Netflix’s The Crown. Bless Matthew and his genes! Anyway, here’s Mandy at the 2004 premiere.

Between all those movies, Mandy still had time for music. Following I Wanna Be With You, Mandy released her self-titled third studio album, Mandy Moore, in 2001, followed by 2003’s Coverage, which featured 12 cover songs from the ’70s and ’80s. Meanwhile, she attended her first-ever Met Gala!

Mandy received plenty of praise for her role as a popular (but bad) girl in Saved!, a religious satire starring mostly teens. The cast included Jena Malone, Macaulay Culkin, Patrick Fugit, and Eva Amurri. “It was important for me to be part of something so subversive and funny,” Mandy said in a 2004 interview. “Being thought of for this role was nothing I ever imagined.”

In 2005, Mandy launched her own contemporary knitwear and cashmere line called Mblem, which focused on taller female customers. The line folded some four years later. If anyone can explain how Mandy walked around in these shoes during NYFW in 2005, I’ll start a petition to restart Mblem.

Here’s Mandy hamming it up on the red carpet at the 63rd Golden Globe Awards. It would be another 11 years before Mandy received her first nomination for Best Supporting Actress for This Is Us.

Mandy took a four-year break from music between Coverage and Wild Hope, which was released in 2007. During that time, she appeared in films like American Dreamz and episodes of Entourage, Scrubs, and The Simpsons.

All the buzzy acting roles definitely kept Mandy in the spotlight—and she ended up being invited back for her second Met Gala appearance. (The theme was AngloMania: Tradition and Transgression on British Fashion, in case you’re wondering!)

In 2008, Mandy began a relationship with musician Ryan Adams. The couple became engaged the following year and were married for nearly six years before Mandy filed for divorce. Here’s a pic from that ~era~.

In the March 2018 issue of Cosmopolitan, Mandy said that her divorce, combined with getting older, made her realize, “I’m not going to take anyone’s shit. It’s emboldened me. There’s a power in saying no and in asking for what you deserve. There is a power in knowing your value.”

Mandy reunited with Disney in 2010 to voice Rapunzel in the animated film, Tangled. The movie, which featured original songs by Mandy (including the Oscar-nominated “I See the Light”) went on to gross more than $591 million at the box office.

In 2010, Mandy also appeared on four episodes of Grey’s Anatomy, playing Mary Portman, a patient who was at Seattle Grace Mercy West during the shooting on season six. Mary returned the following season for a surgical procedure, which left her in a coma. The character was eventually taken off life support.

In the first months of 2011, Mandy was a familiar face during the awards circuit thanks to Tangled, which was up for two Golden Globe Awards including Best Animated Feature Film. (It lost to another Disney title, Toy Story 3, which, fine, I guess was also excellent.)

Our girl at the 83rd Academy Awards! “I See the Light” ultimately lost to “We Belong Together” from Toy Story 3, but at least Mandy’s look was a winner.

In 2012, Mandy returned to her Rapunzel voice for the short film, Tangled Ever After, starred in Sebastian Gutierrez’s crime drama Hotel Noir, and provided the voice of Mara for Tron: Uprising, which only survived one season on DisneyXD. Here she is attending that year’s CFDA Fashion Awards.

Contrary to what your eyes tell you, this is not Minka Kelly, Mandy’s BFF. It’s Mandy at the 2012 Veuve Clicquot Polo Classic in California. *Raise your hand if you’re totally into the metallic belt*

In 2013, Mandy dabbled in Hallmark territory, starring in the Hallmark Hall of Fame TV movie, Christmas in Conway, opposite Mary-Louise Parker and Andy Garcia. Mandy played a live-in hospice nurse.

One fun fact about Mandy’s shark movie, 47 Meters Down, was that it was filmed two years before its release in 2017. This is the look of someone who just finished filming a shark movie in 2015 (while arriving to a Lela Rose dinner in California).