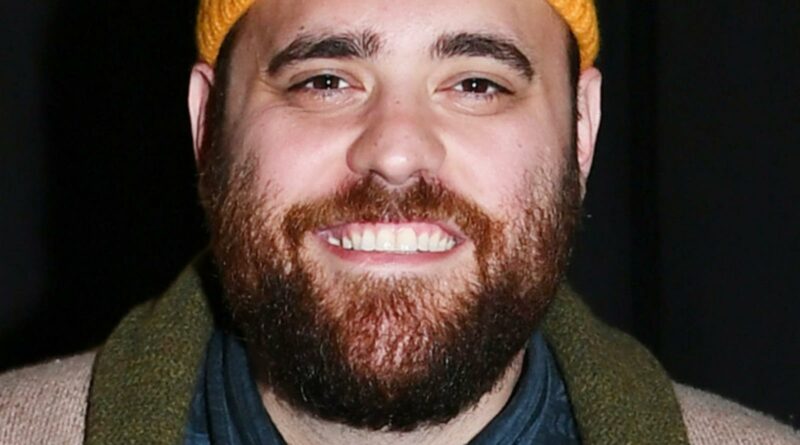 If you’ve ever tuned into the Food Network, chances are you’ve spotted chef Christian Petroni on an episode — or five. The Bronx-born chef and TV personality has been bringing good food (and good fun) to Food Network fans for many years now. So if you’ve been wondering what he’s up to (or what “Yo Gabagool!” means), here’s a look inside the life of Food Network star Christian Petroni.

Petroni got his start on the Food Network as a judge on “Chopped Junior” back in 2016 (via IMDb). From there, he went on to compete in “Food Network Star” in 2018, and co-won the competition, alongside fellow chef Jess Tom (per Food Network). He described the co-win (something that had never happened in the history of the show) as “absolutely crazy. It’s the last thing I thought would happen. I’m just happy to be here.” He’s also appeared on “Chopped,” “Beat Bobby Flay,” and “Guy’s Grocery Games,” among other Food Network shows.

Growing up in an Italian family in the Bronx, all Petroni wanted to do was cook. “I always wanted to cook my whole life,” he said during a Food Network interview. That might explain why he opened several successful restaurants in the New York and Connecticut areas under the name of Fortina. He had even partnered with other New York chefs to launch Cooked & Co., a now-closed restaurant in Scarsdale, NY (via Cooked & Co.).

And then, COVID came along, sending the restaurant business crashing. Petroni was among one of four restaurant chefs to be featured in fellow Food Network star Guy Fieri’s documentary “Restaurant Hustle 2020: All On The Line.” In the documentary, chefs Antonia Lofaso, Marcus Samuelsson, Maneet Chauhan, and Petroni all talk openly about how COVID-19 affected the industry — sometimes with heartbreaking results (via Food Network).

Petroni spoke about what the experience was like in an interview with Lohud: “This was a very hard business to be profitable with even before COVID,” he said. “But right now it’s crazy scary, not only for the busboys and waiters and dishwashers but for the many sub-industries that touch the restaurant business. You’re also talking about the livelihood of the cleaning crew, the linen company, the meat guy, the fruit and vegetable company and the people that picked those fruits.”

At the end of the show, Petroni tells viewers that he’s leaving Fortina, the restaurant group he helped create, behind. “Essentially it came down to [the] fact that I was ready to do my own thing the way I wanted to do it,” he said, adding, “I want to focus on the cooking and the things that make me happy again and make me who I am.”

Still, the future is looking delicious for Petroni, who is a married father of two. He has a clothing line out, with many of the hoodies and sweats featuring his catch phrase Gabagool, and told Lohud that he’s working on something “cool and it’s going to be awesome.”