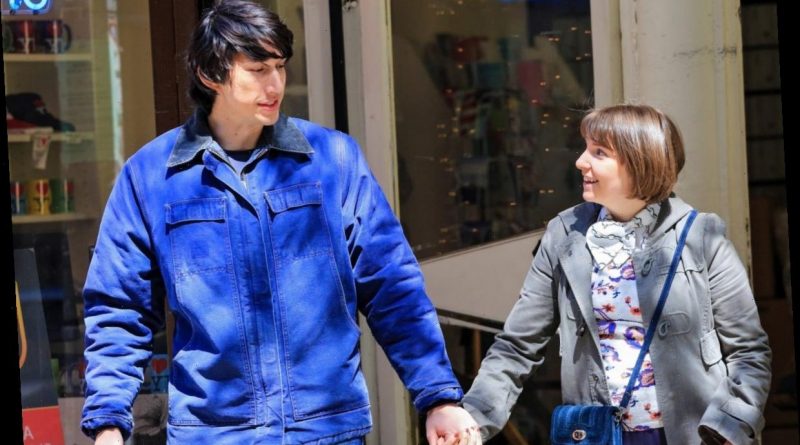 Adam Driver‘s big break was getting cast as Adam Sackler in Girls. Though the role changed his life, his mother didn’t know her son was on TV until Season two, when she learned from a co-worker.

Initially, Driver actually turned down the audition for the HBO show. After studying at Julliard, he was set on avoiding television.

But his agent talked him into it.

The character description for Adam Sackler read: “a carpenter, incredibly handsome, but slightly off.”

When Driver arrived in the audition room, he did not disappoint.

“Remember the old Beatles films, where the women are screaming?” Jenni Konner, Dunham’s co-showrunner, told The New Yorker of Driver’s audition. “That’s what his audition felt like.”

Adam Sackler is the guy Lena Dunham’s character, Hannah Horvath, meets for booty calls. As the show progresses, the audience sees and learns more about Adam, like what his sexual preferences are.

As time went on, some of Driver’s real life ended up in the script. Girls Adam is cast in Major Barbara on Broadway, for instance, just like Driver was in Mrs. Warren’s Profession.

But there are, of course, substantial differences between the two Adams.

“He was always someone I saw as a rhinoceros, who picked one thing and ran toward it,” Driver said of his character. “He can’t see left or right at all, just sees what’s immediately in front of him, and he chases it until he’s exhausted.”

It was watching Girls on Dunham’s laptop that Driver learned he doesn’t like to watch himself act.

“That’s when I was, like, I can’t watch myself in things,” he said. “I certainly can’t watch this if we’re going to continue doing it.”

When Girls was airing, it wasn’t uncommon for fans of the show to approach Driver and discuss their sex lives with him.

“I love that scene where you pee on her in the shower,” one fan told him on the subway, then gesturing to his girlfriend said, “I pee on her all the time.”

But Driver’s mother wasn’t a member of the Adam Sackler fan club. She didn’t know it existed until Season 2 of the show.

The New Yorker reported that Driver was wary of discussing two topics during his 2019 interview: religion and his parents.

His father was a preacher. After Driver’s parents got divorced, his mother remarried a man who became a Baptist minister. Religion was a big part of Driver’s childhood.

“The nice way of saying it is, it’s not part of my life anymore,” he told the publication of his relationship with the church.

Though getting cast in Girls was huge for Driver’s career, his mother didn’t know about it until Season 2.

“His mother didn’t know that he was on ‘Girls’ until the second season, when she found out from a co-worker,” reported The New Yorker.

Two years after the show debuted, Driver’s step-father gave a statement to the Southbend Tribune about his step-son’s profession.

“I don’t agree with everything that he does, but I agree with his work ethic,” he said. “He’s out there, and he works, and he works. He goes after things, [and] he does anything his agent tells him to do — [as long as] he can without [jobs] overlapping. So he’s doing real well.”