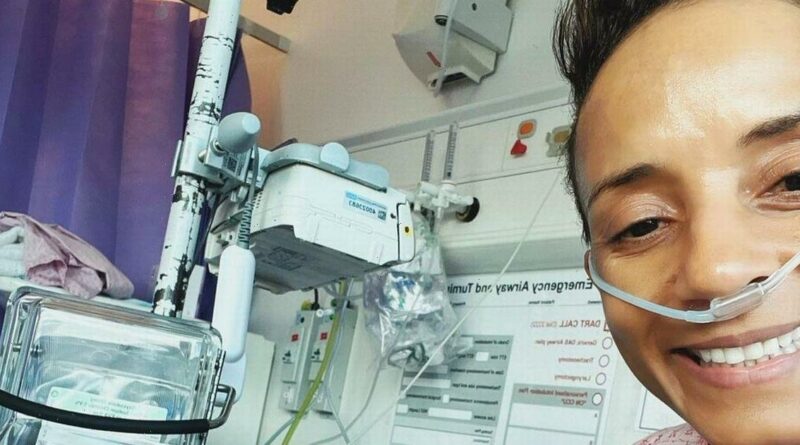 Adele Roberts has showed off her scars and bruising following her surgery after bowel cancer diagnosis.

The star shared photos on her Instagram page after keeping her followers updated on her journey.

The presenter has been open with her fans by most recently showing how her scars are healing.

Adele was diagnosed with bowel cancer back in October and underwent surgery to remove the cancer and she showed bruising from warfarin injections, which are used to thin the blood.

While showing her scars she said: "Scars are healing really well, I got that one and that one, my C-section you don't want to see that. But yeah, all good!"

She explained that she has bruises on both sides as she has to rotate where she does her injections.

Adele praised her girlfriend Kate for being the 'most amazing nurse' for her.

Adele told her followers that she had cancer last month by posting to her social media page.

She said that she had been struggling with digestion and thanks to a conversation with her dad she went to have a check up by the GP.

She mentioned that she was 'embarrassed' when she realised it could be something serious so she went to the doctors in case.

Adele was diagnosed with the disease at the start of October after she was sent for examinations.

She wrote: "It’s all happened so quickly and I’m so sorry to post something like this on here but I hope it helps anyone who might be worrying, or suffering in silence. PLEASE make sure you get checked out if you have ANY concerns. The sooner you’re able to see your GP or talk to someone the sooner you can get help.

"If I hadn’t I might not be so lucky. As I’ve learned over the last few weeks, there’s no ‘normal’ with cancer. Sadly it can affect anyone, at any age, anytime. It doesn’t discriminate. Early detection can save your life."

She labelled the NHS as heroes and said so far the outlook is positive and she feels 'lucky' that she could have treatment.

She added: "It’s just the start of my journey but I’m going to give it everything I’ve got."

Adele thanked her family for how much they had helped her saying they had 'saved her'.