AJ Pritchard, 25, has admitted it “was very hard” to make the move to postpone his AJ Live tour, but insisted there was nothing he could do due to the Government advice about the coronavirus pandemic, in which theatres have been closed. The former Strictly Come Dancing professional and his younger brother, Love Island star Curtis Pritchard, 24, had already embarked on the touring production when the Government instructed theatres to close during the outbreak.

In an exclusive interview alongside Curtis with Express.co.uk, AJ said: “It was very hard because obviously the theatre took it out of my hands and it came about because the theatres had closed.

“We were in Portsmouth and then the next show was in Guildford, which was sold out, and then Cardiff, which was nearly sold out.

“So it was really sad, but thankfully we’ve postponed some of the dates and added in some extra tour dates for later in the year.”

The Ballroom and Latin dancer added: “And hopefully everything gets back to normal by then because it was an epic show.” 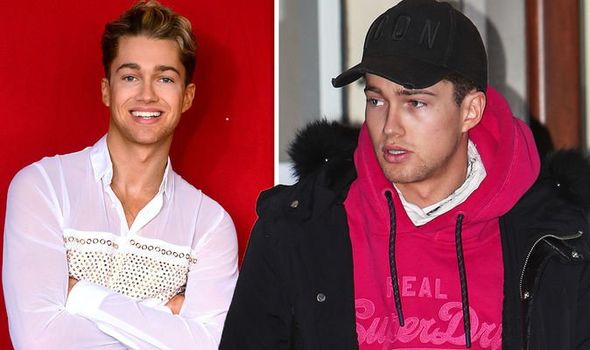 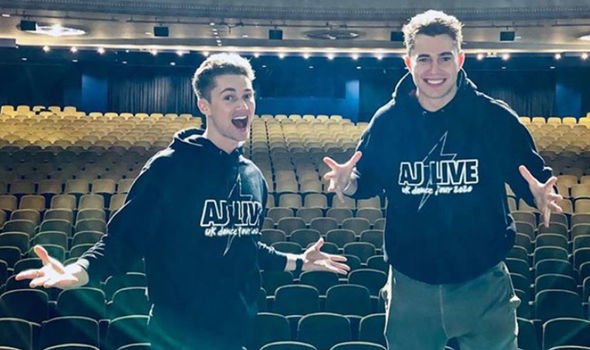 Fortunately, fans who were left disappointed about the postponed tour dates will be able to see AJ and Curtis dance together on their social media pages as part of their #DressUpDanceDonate campaign for the NHS.

The talented stars are on a mission to get the nation dancing during isolation while raising money for NHS Charities Together.

AJ and Curtis have been filming video tutorials and recently dressed up to take part in an exciting virtual group performance with fans, who joined in at home. 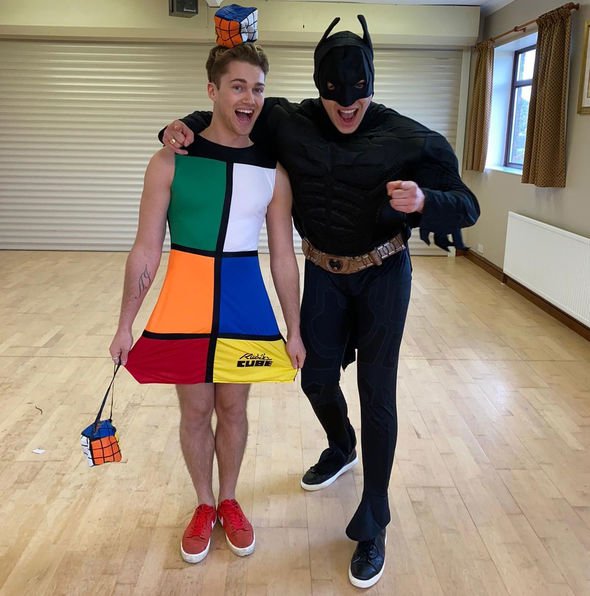 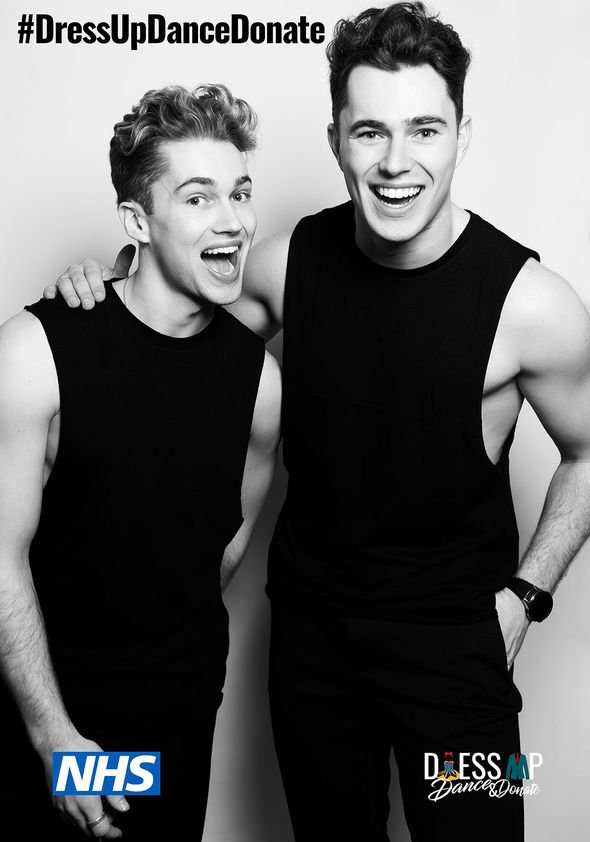 While speaking about their mission, AJ said: “Obviously we wanted to do our part, everyone can do their own part for the NHS to help and for us we’re self-isolating, we’re at home and what better way to keep our endorphins flowing and getting up dancing and raising money?

“I feel like the key turning point when we felt like we needed to do something was the other day when we all clapped for the NHS. Yes we were stood outside in the middle of nowhere clapping in the dark…”

Curtis then added: “But these things are massive because we’re all sitting at home now and staring at the same four walls.

“There’s going to be a lot of worrying and maybe a bit of depression too so all of these things like clapping at eight o’clock and getting people off the sofa to dance are just things that are going to keep people motivated and keep us united as a nation really.

“And the NHS, they’re really close to me and AJ because they helped me out when we got attacked with my knee operation and they’ve helped dad out a lot, so we really want to give back and the only way we possibly can at the moment is by creating a dance and getting people to donate because they’re going over and out with what they’re doing.”

Curtis went on to explain how the siblings came up with the idea.

The television personality divulged: “We thought the dress up idea would be for the kids, they can help and create something.

“The parents can help them create something from whatever is in the house. It can be absolutely anything, you can make it out of the cardboard out of the used toilet rolls if you want.

“It’s about dressing up smart, casual, in something random, just dress up, donate and having fun, putting a smile on people’s faces.”

AJ also spoke out about his decision to quit Strictly after four years of being part of the BBC show’s cast of professional dancers.

The performer, who now wants to pursue a presenting career with Curtis, admitted: “I think everyone was a little bit shocked due to me obviously loving the job, but I’d prefer to end on a high and that’s the way I wanted to do it.

“You don’t want to do a show and end it on a negative, it’s a positive show and I was always going to end on that positive note.”

AJ and Curtis Pritchard encourage the UK to #DressupDanceDonate and support the NHS. To donate visit: https://virg.in/NHSDanceAndDonate 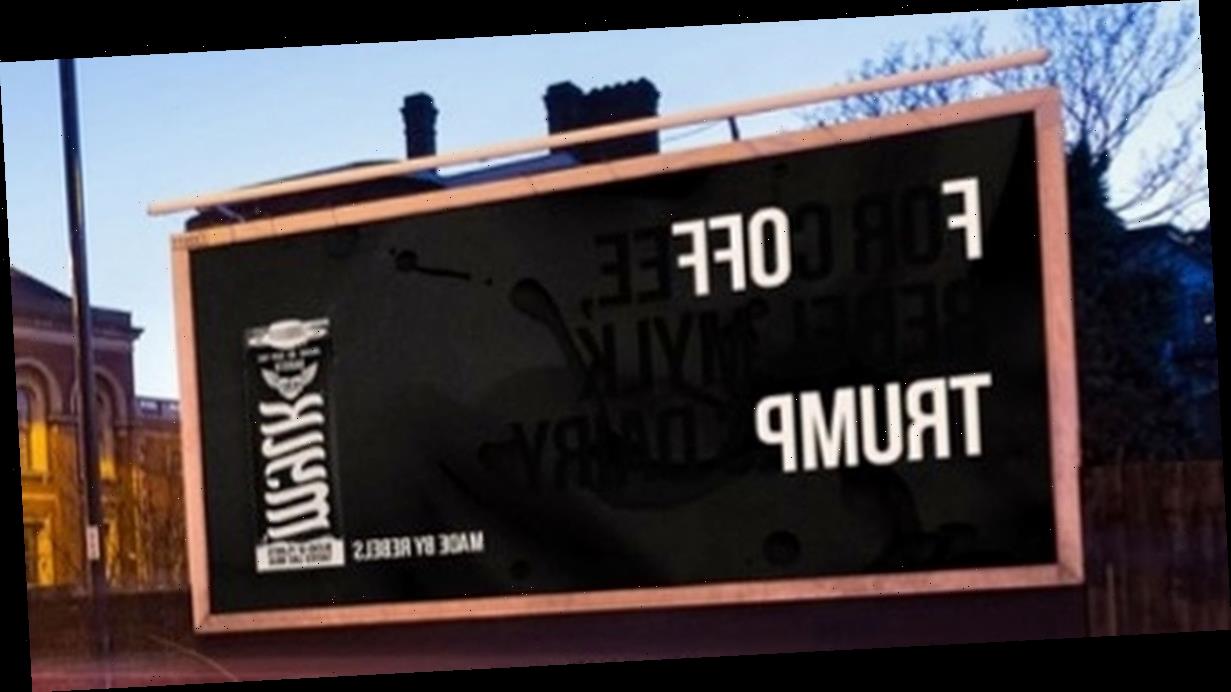