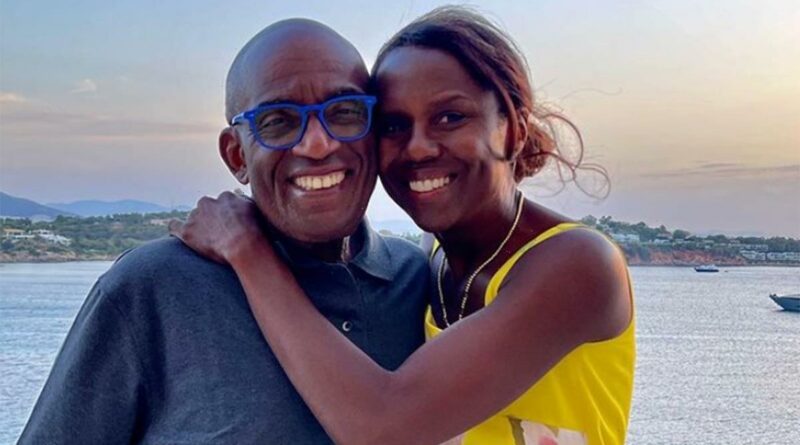 Taking to Instagram, mom-of-two Deborah revealed that it was time for their son Nick to return to high school – and the teen even posed for some back-to-school photos at Deborah’s request.

The first snapshot shows Nick sat down for breakfast – pancakes, bacon and scrambled eggs – smiling and giving two thumbs up to the camera. The second image shows the 19-year-old as he is heading out the door, backpack slung over his shoulder.

“Monday moment,” 60-year-old Deborah wrote. “What high school senior will stop long enough for a back to school pic? The answer is… this one! Go get ’em Nick #proudmom #kind #kid.”

Deborah shared some back-to-school photos of her son, Nick

Nick is Al and Deborah’s youngest child together. The couple, who have been married since 1995, are also parents to 22-year-old journalism student Leila, who is currently in her final year at university in Paris. Al is also a father to 34-year-old Courtney Roker, from his first marriage to Alice Bell.

Monday’s milestone came after Al and Deborah faced a difficult day on Saturday as they remembered Deborah’s beloved mother Ruth Roberts, who sadly passed away six years ago.

Al pictured with wife Deborah and his three children

Furthermore, it also marked the 20th anniversary of the devastating 9-11 attacks in New York and was the day of Al’s co-worker and friend Willard Scott’s funeral.

Al, 67, shared a heartfelt post on Instagram detailing the emotional day, alongside photos of the order of service from Willard’s funeral.

Deborah marked the anniversary of her mom’s passing

He wrote: “Attended the #homegoing #celebration of #willardscott. It was an emotional day on top of the #20thanniversary of #911 and the passing of @debrobertsabc mom, Ruth Roberts 6 years ago.”

Deborah, meanwhile, shared photos of her mom on Instagram, alongside the message: “Thinking of my mom today and always.”