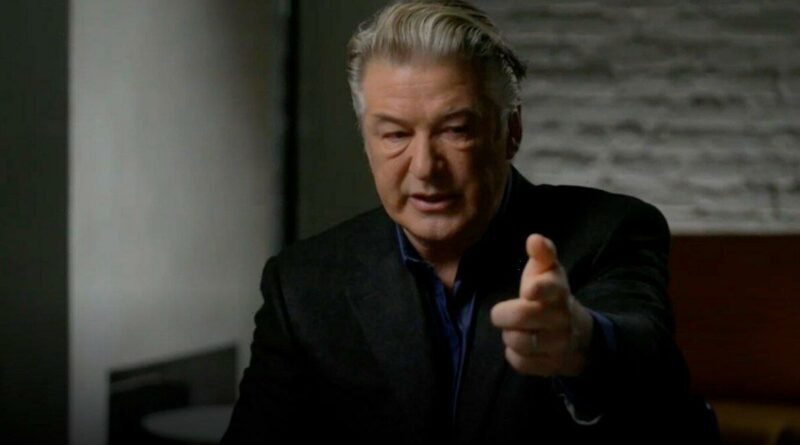 One year on from the tragic death of cinematographer Halyna Hutchins, actor Alec Baldwin, 64, posted a tribute to the mother-of-one on his social media page. Boasting 2.5 million followers on his Instagram alone, Alec captioned an image of Halyna pictured with a camera: “One year ago today…”

His heartfelt post gained a lot of support from fans and celebrity friends, as well as more than 24,000 likes.

Actor and television personality Leslie Jordan commented: “Stay strong my friend. Thinking about you and all those affected by this terrible accident.”

Other fans also sent their thoughts and well wishes to the star. @iamdancordle wrote: “I’m sorry for her, her family, her loved ones.

“I’m sorry for you and for the others in the production. This is tragic.”

And @modvintagelife added: “So hard. I am so glad you and her husband are working together to finish the movie.

“You honour her in finishing the job. “

The death of Halyna made headlines around the world, after a prop gun held by Alec was discharged. The live round that exited the weapon injured director Joel Souza and fatally struck Halyna.

Halyna was dubbed as an “incredible artist” and had been named as a rising star by American Cinematographer magazine.

At the time, Alec gave an on-camera interview saying that he didn’t pull the trigger of the weapon and believed it was “cold” or unloaded when he picked it up.

On Twitter shortly after the news broke, Alec wrote in a statement: “There are no words to convey my shock and sadness regarding the tragic accident that took the life of Halyna Hutchins, a wife, mother and deeply admired colleague of ours.

“My heart is broken for her husband, their son, and all who knew and loved Halyna,” he added.

A lawsuit filed against Alec, producers of the film and others involved in the project alleged violations of industry standards.

But earlier in October 2022 it was announced the actor had reached a settlement with the family of the cinematographer. The exact terms of the settlement have not been disclosed.

Filming of Rust will also continue in January, with Halyna’s widower Matthew Hutchins said to be onboard as the movie’s executive producer.

In a statement, Matthew said that “all the original principal players” would be involved when filming resumes, which he said would be a way to “pay tribute” to his late wife’s final work.

“I have no interest in engaging in recriminations or attribution of blame,” he added.

“All of us believe Halyna’s death was a terrible accident.”

In reaction to the settlement, Alec posted again on his social media sites, saying that he was “pleased to announce” that a settlement had been reached.

The statement went on to read: “Throughout this difficult process, everyone has maintained the specific desire to do what is best for Halyna’s son.

“We are grateful to everyone who contributed to the resolution of this tragic and painful situation.”