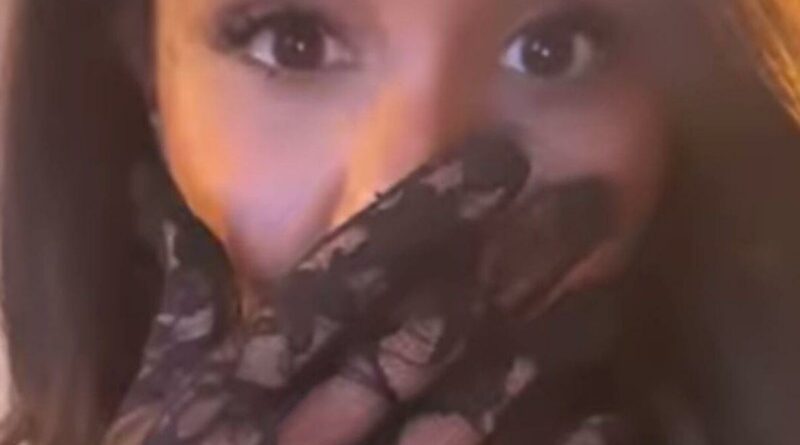 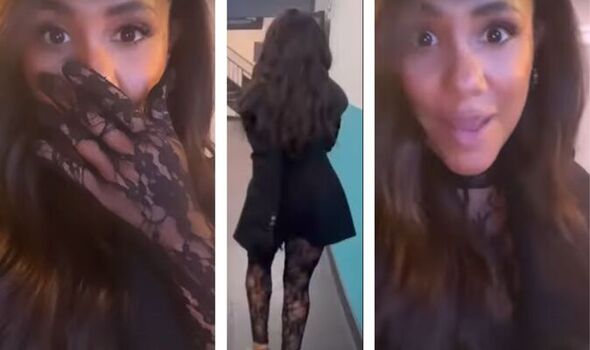 BBC star Alex Scott was dressed from head to toe in black floral lace, fastened by a choker detail at the neck, as she set out to make an impression during the star-studded show.

She joked she had transformed straight from her high heels into her fluffy slippers in preparation for work the next day.

Yet the 38-year-old found time to share behind the scenes footage of her incredible look to her 1.7 million Instagram followers.

The star looked sensational in a black lace jumpsuit, while she was ushered around the studio by Bono.

She waved her black lace-clad hands around as she spoke to the camera, and showed fans a glimpse of the hidden leopard print lining inside her black blazer.

Alex Scott shared a glimpse of her leopard print lining

It might have seemed to fans that she was wearing a plain black blazer, but in her behind the scenes footage, Alex revealed that the interior featured a hold leopard print lining beneath.

The partially sheer black lace outfit even encased her hands, as fans saw in her close-up shots on Instagram.

“Bono looking after me tonight!” she captioned her photo cheekily as he led her by the hand backstage, adding: “Things you never thought you would see!”

Alex Scott’s slippers were an unexpected addition to her outfit

Though she was wearing killer heels on the show, fans perhaps hadn’t been expecting her transformation into fluffy slippers quite so soon after the big appearance.

Alex Scott’s older brother has hit 40, and she celebrated the moment with a montage of pictures of the pair together, interspersed with scenes backstage at Graham Norton.

Alex Scott is no stranger to sexy outfits

Alex Scott, who opened up about supposed strife in her childhood home life in her recent book, seems to put her troubles behind her when she gets an opportunity to shine in a sexy outfit.