Allison Mack and Keith Raniere appeared in court together for the first time on Friday, May 4. The pair, who were arrested for sex trafficking in connection to alleged cult NXIVM, were in Brooklyn federal court for a status hearing.

The Smallville alum, 35, is out on bail, so she arrived in the courtroom early and sat in the back with her lawyers. “She did not seem upset as expected for someone in her position,” an eyewitness tells Us Weekly exclusively. “Allison was quite animated as she chatted quietly with her lawyer and even let out a few laughs before the conference began.” 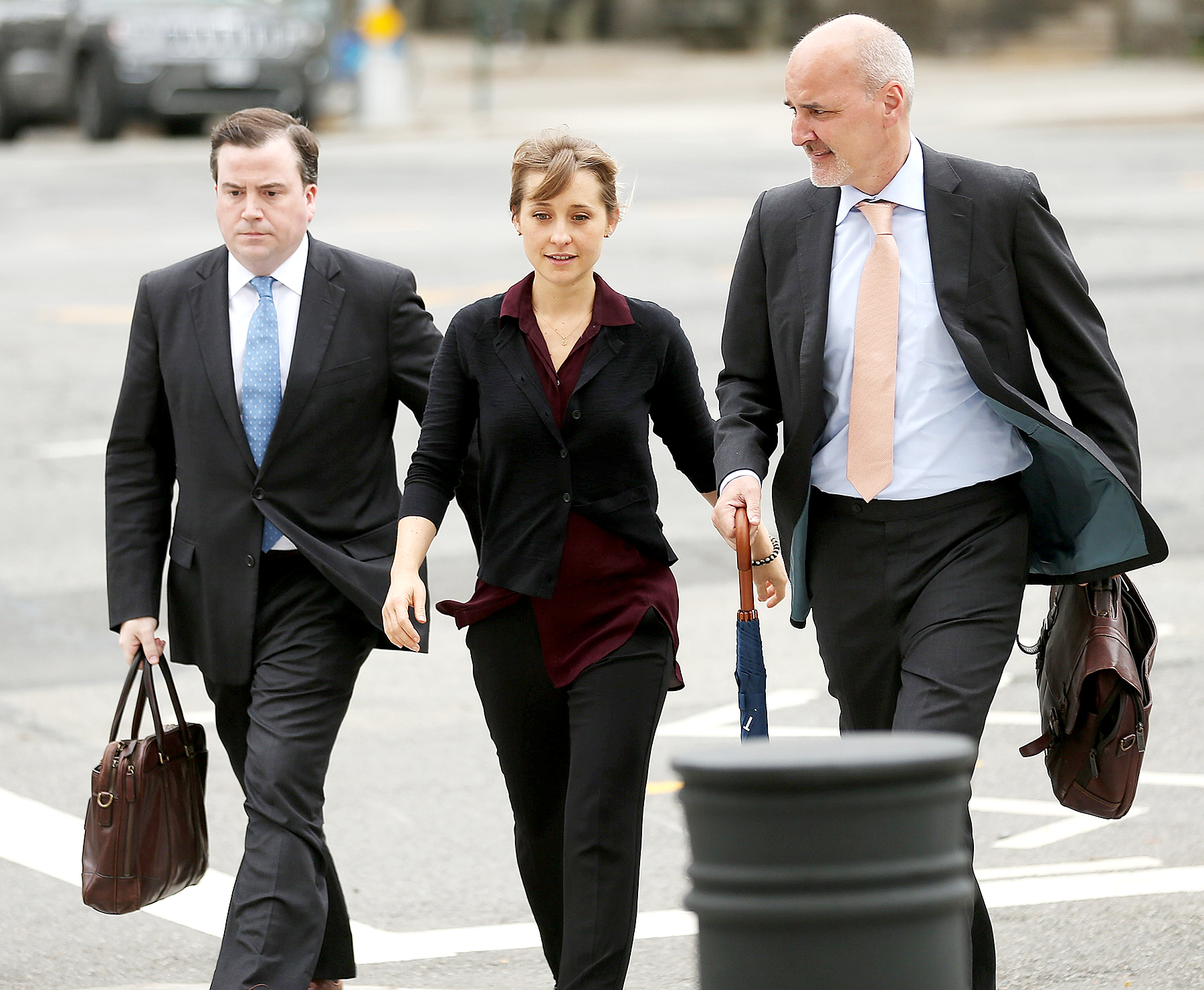 Mack was arrested on April 20 and charged with sex trafficking, sex trafficking conspiracy, and conspiracy to commit forced labor stemming from her involvement in alleged sex cult NXIVM. Raniere, the alleged leader of the organization, was indicted on the same charges.

As an expressionless Raniere entered the courtroom on Friday, “Allison did not look in Keith’s direction, although she may have gotten a glimpse of him,” the eyewitness says.

“Keith was looking in Allison’s direction as her lawyer talked. He did not show any emotion on his face,” according to the eyewitness. “Allison kept her eyes facing down but also did not show emotion. At one point during the hearing, while the judge was talking, Keith looked back, and it looked as if he was attempting to catch sight of Allison. The two did not make direct eye contact during the hearing.”

Raniere pleaded not guilty, and a court date was set for October 1. The government said that under “no circumstance” would they consent to bail, although the judge said bail applications could be given to him. The next status conference will take place on June 12.

Raniere’s attorney called NXIVM a “social group” and claimed that everyone in the organization participated consensually.

Mack’s legal team asked to waive the right for her to appear in status conference hearings. Her lawyers will have to apply for this, but the judge was reluctant: “I don’t generally grant a waiver. This is a very serious matter.”

Prosecutors alleged to have a “large amount of discovery in this case,” thanks to inspections of Raniere’s home. Investigators found an “enormous amount of electronic evidence” including “years’ worth” of email accounts and victim material.

The prosecution also hinted they are “anticipating there will be additional charges and defendants” in a superseding indictment, meaning more charges could be added to Raniere and Mack’s cases and more arrests could be coming.

According to an eyewitness, Mack was “stoic” as she left the courthouse and “did not say anything at all.”