When we watch an Adam Sandler comedy, we’re probably not expecting an insanely relatable story set in a place that could easily pass for our own hometowns. What Sandler movie from the past few years hasn’t revolved around an outlandish but hilarious concept taking place in a quirky location? That streak is now broken with the release of Sandler’s latest Netflix comedy The Week Of, which introduces him as a loving father in the week leading up to his daughter’s hectic wedding day. The role has a kind of maturity and tenderness that we haven’t seen Sandler handle in the past, and The Week Of star Allison Strong sat down with Elite Daily to discuss how much Adam Sandler has changed since the films for which we know him best.

Strong plays Sandler’s daughter Sarah in the film, mirroring her father’s relatively grounded nature as her big day approaches. The Week Of explores Sandler’s character’s determination to give Sarah her dream wedding without breaking the bank when his well-meaning clashes with his future son-in-law’s wealthy father (Chris Rock).

If the story of quite different people coming together for a special occasion sounds familiar, it’s because The Week Of takes the best elements of our favorite wedding films and handles them in its own distinct way. Strong, appearing in her first feature film, cites Father of the Bride and My Big Fat Greek Wedding as precursors to The Week Of, but Sandler’s involvement made her especially excited to be in the film.

"It didn’t seem too far off to imagine him as a father figure, because he was like part of the family," Strong says, "just because you grow up watching his films. Most of [my scenes] are with Adam, because we have a really tender father-daughter relationship in the film, sort of like harkening to Father of the Bride… I found out that Adam hand-picked me [for the role], and it meant a lot to me. We got very close." 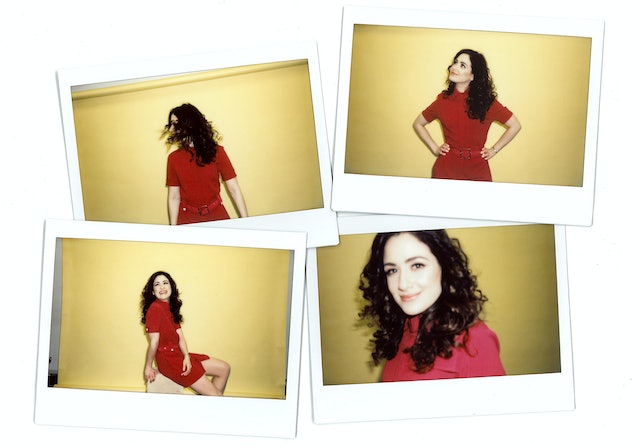 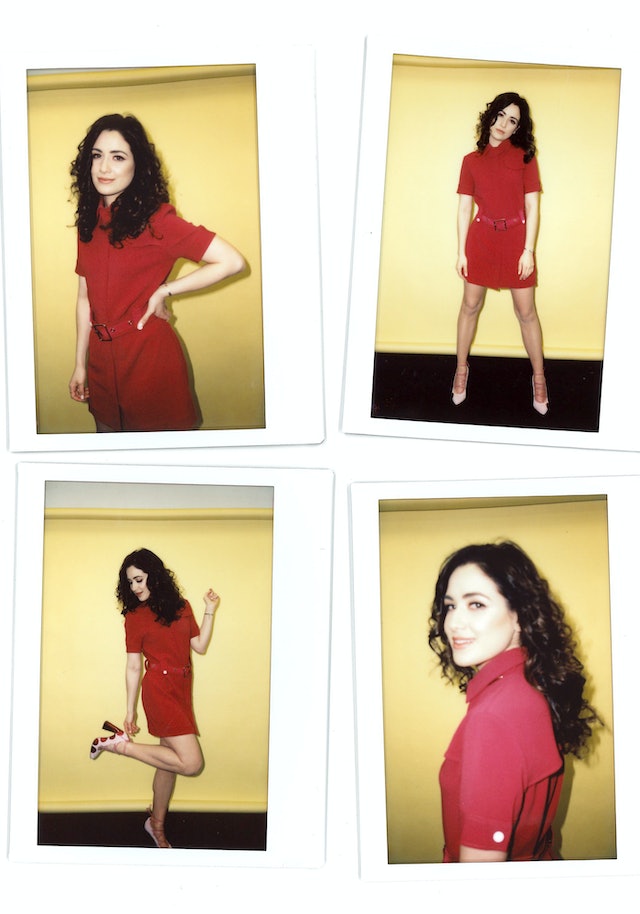 For Strong, playing the straight man in a comedy is new territory. Her past work includes roles in Mamma Mia! and Bye Bye Birdie on Broadway, in which she played quirkier characters. "Everything is spinning out of control this one week before my wedding, and I’m the one stable thing," Strong says of her character. "That’s interesting for me to switch gears like that because I’m usually the oddball."

Strong took the change in stride, working with the film’s creative team to determine specific details of her character’s life. She selected Sarah’s wedding dress herself, and having that insight into her role only made her experience on set better. "Our director Robert Smigel respected, listened to, and often took my opinion into account in making decisions for my role," she says. "To think they took a lot of my creative concerns into consideration, that meant so much to me. And also, since it’s my first film, it’s really my departure from theater into a completely new era of my career and I’m grateful for it. This is what I’ve wanted for a long time."

The Week Of marks a new milestone for both Strong and Sandler, who also continues his re-upped deal with Netflix through this film. He may not have appeared on the literal silver screen recently, but The Week Of introduces a different layer to Sandler’s comedy that we may need now more than ever.

"No matter how hard times get, watching an Adam Sandler film and just getting to sit back, relax, and laugh, and, in this case, cry, it’s pretty cathartic," Strong says.

With this promise of Sandler embracing his heartfelt side in The Week Of, it looks like we have a new addition in the go-to canon of wedding movies.

The Week Of will debut on Netflix on Friday, April 27.