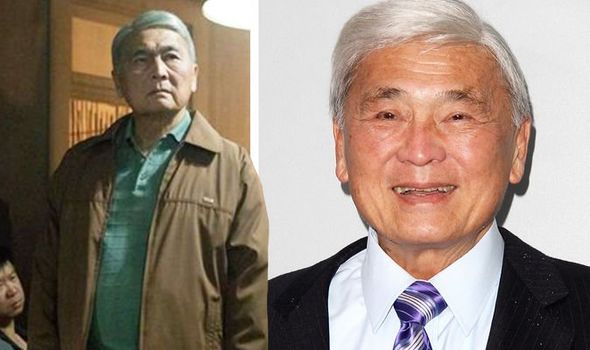 Alvin Ing, best known for his role in Broadway’s Flower Drum Song, has died after reportedly contracting the latest rare case of a breakthrough Covid infection, which refers to someone who had been vaccinated against the disease yet still fell victim to it. He was 89 years old.

Honolulu native and American Army veteran with a gift to serve, [Ing] felt a duty to himself and his fellow citizens to be fully vaccinated

US publication Deadline first reported his passing, confirming that the actor died on Saturday at Providence Saint Joseph Medical Center in Burbank, California, due to complications from the virus.

His reps Shushu Entertainment, also confirmed he died on July 31, but it was unveiled on Tuesday [August 3] that the star caught coronavirus despite having been fully vaccinated against it.

They revealed that he was first diagnosed with pneumonia in mid-July and then caught Covid a few days later.

Then, after a two-week battle with the illness, his reps admitted he died due to cardiac arrest.

In a statement approved by Shushu, spokesperson Shaina Manlangit said: “Honolulu native and American Army veteran with a gift to serve, [Ing] felt a duty to himself and his fellow citizens to be fully vaccinated.”

Deaths and hospitalisations due to breakthrough Covid are said to be extremely rare.

Ing starred in many Broadway gigs throughout his accomplished career and made appearances on the small-screen, too.

He kickstarted his career in the spotlight in the 1976 original production of the Stephen Sondheim-John Weidman musical Pacific Overtures and went on to star in various versions of Flower Drum Song throughout the years.

Alvin was also a guest on many popular television series spanning from The Doctors in the mid 1970s to just three years ago, when he appeared in Hawaii Five-O in 2018.

Ing also appeared in 2014 film The Gambler, where he starred alongside Mark Wahlburg and Brie Larson.

News of his death caused a huge stir on social media, as many rushed to pay tribute to the actor in heartfelt statements.

BD Wong, who starred alongside Ing in Broadway’s 2004 revival of Pacific Overtures, penned: “Since forever, the reputation of Asian American actors has been defiled by a well known, but rarely spoken, sentiment: we will never be as good as our colleagues of other colors, never mind better.

“One day Alvin Ing sang for me, and I finally knew, for keeps, that anyone who thought this was pitifully mistaken.”

Lea Salonga, who starred with Ing in Broadway’s Flower Drum Song, shared a selection of old images to her Instagram account to honour her pal.

“Fly amongst the angels, Alvin! Rest In Peace… already you are missed,” she wrote solemnly.

Fans of the actor also took to Twitter to share their condolences, with one writing: “RIP Alvin Ing. You were a staple of the Asian American Acting Community and we will miss you so much.”

Another added: “RIP, the wonderful Asian American theater actor Alvin Ing, whom I had the privilege of seeing in Pacific Overtures and Flower Drum Song. He inspired many younger performers.”

A third wrote: “Oh no! What a prolific actor! Flower Drum Song is one of my favorites! So very sad… prayers to his family and may his memory be a blessing.”

“Alvin Ing was and is an Asian American pioneer. He paved the way for AA actors like myself to have room in this business. Rest In Peace,” penned a fourth.

While a fifth said: “Not only was Alvin Ing a trailblazer, but he was also an inspiration to a generation of performers. He will be missed. We extend our condolences to his friends and family.”