Home » Celebrities » ‘Am I cool yet?’ Victoria Beckham questions son Cruz as he steals her red PVC trousers

Victoria Beckham, 48, after recently uploading a snap of herself in what she dubbed her “sex pants”, has had to deal with son Cruz, 17, “copping a pair” for himself. The fashion designer took to the picture sharing website with a snap of Cruz wearing the eye-catching trousers.

The star asked her son if she was “cool yet” in the caption to the post.

She even teased a potential menswear line for the future.

Victoria shared some snaps of her sun proudly wearing her PVC pants.

“He loves his VB pants so much he took them to the fashion steps,” the designer told her followers when captioning a shot from Cruz’s at-home photoshoot. 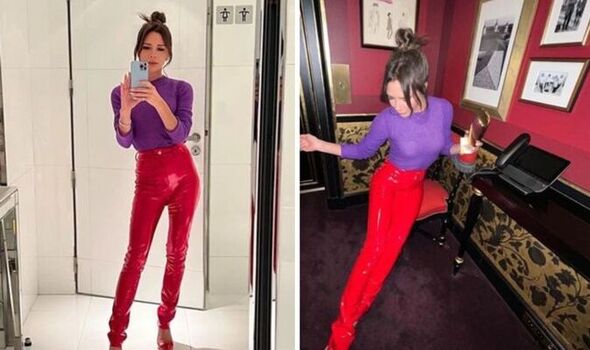 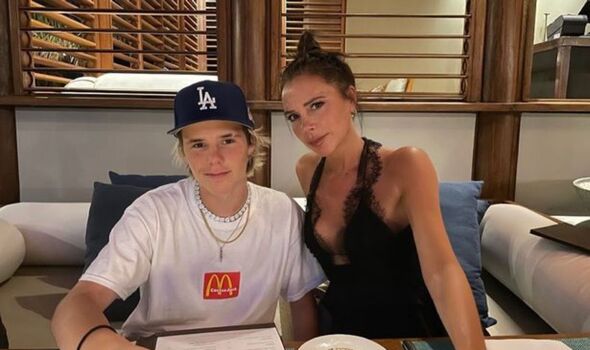 After her son gushed over her design on their instagram page, Posh Spice went on to ask: “Does this make me cool Cruz?!?”

In an earlier post, Victoria posed in a spacious bathroom wearing her skin-tight red trousers along with a figure-hugging purple jumper.

She said that the plastic pants had “struck again”. 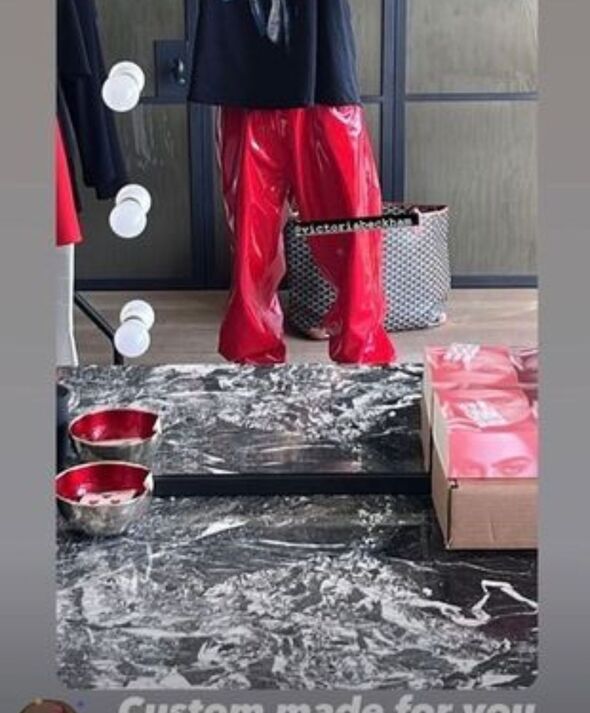 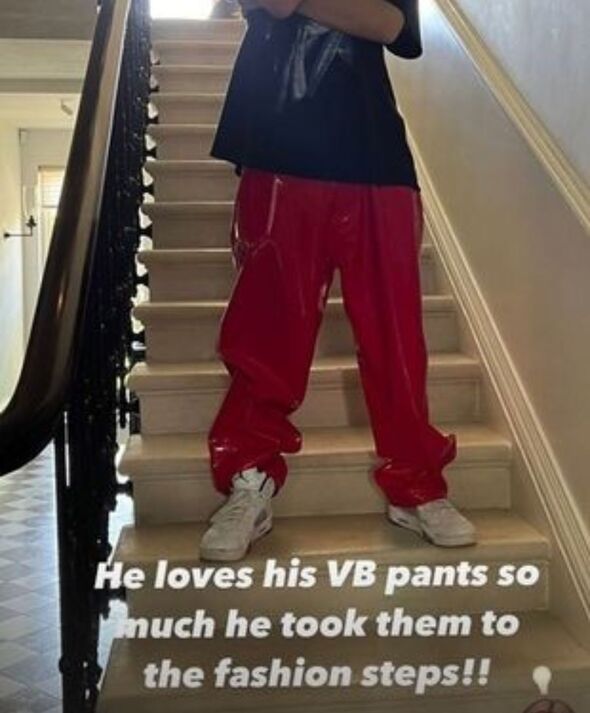 “The plastic pants strike again so it called for a bathroom selfie [laughing-face emojis] #sexpants,” the mum-of-four captioned the image.

Cruz was among the thousands to like his mum’s photo and admire her update.

The model, who caused a storm with a topless photoshoot earlier this year, wrote a comment beneath the post.

As he proudly posed on the stairs of one of the Beckham family homes, Cruz paired his baggier PVC trousers with a casual t-shirt and white trainers and shared the picture of him wearing Victoria’s design on Instagram.

He shared the post with his own 1.9 million followers.

The star captioned the post: “Victoria Beckham knows what’s up.”

Victoria first wore the daring PVC trousers back in December 2020 when she enjoyed a date night with her husband David Beckham.

At the time the designer – who shares four children with the retired footballer – cheekily named the black version of the skin-tight trouser her “sex pants”.

She then questioned what David would be wearing for their evening out together.