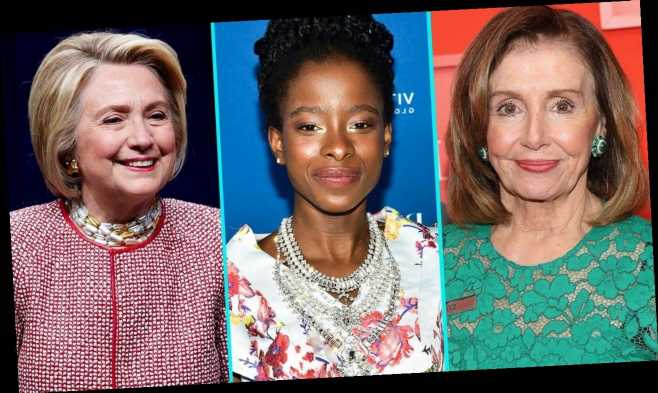 Amanda Gorman is getting some special advice from some inspirational women. The acclaimed poet moderated a Q&A with Hillary Clinton and Nancy Pelosi on Monday, and the pair shared some inspiring words of wisdom.

“I have some interest in the public sphere and I wanted to ask: What advice would you give your 23-year-old self or me?” Gorman asked of the former Secretary of State and the Speaker of the House during the discussion, which was held as part of a celebration of International Women’s Day.

“You have the ability to express aspirations and give people a voice that they didn’t know they had,” Clinton shared. “And good leadership does that.”

“So if you follow through with your goal of running for president, you can take every day and think about how you can use your gift to try to lift up other people so that they know they’re not alone,” she added.

Meanwhile, Pelosi told Gorman to “know you are special.”

“Your contribution is different from anyone else’s,” she shared. “They should be inspired by you.”

The event — which was hosted by Chrissy Teigen — benefitted Pelosi’s political action committee PAC to the Future, as well as Clinton’s Onward Together Committee. Both groups back and support female Democratic politicians and their political endeavors.

Throughout the special panel conversation, Gorman asked the politicians questions posed by those in the virtual audience, and they emphasized the importance of getting involved in politics, especially for women, to fight for inclusion and representation.

“It sounds repetitious, but every opportunity I get, I want to say to young women: Know your power,” Pelosi reiterated. “This will sound a little harsh — but when you get into the arena and you’re fighting for what you believe in, sometimes it can get negative.”

Gorman herself has been very open about her own political ambitions since making a spotlight-stealing appearance at President Joe Biden’s Inauguration Ceremony in January. Check out the video below to hear more from Gorman’s acclaimed reading.