Amanda Holden rarely disappoints in the style stakes and she certainly pulled it out of the bag again for Halloween today. The Britain’s Got Talent judge wore a tight PVC dress as she transformed into Morticia Addams from The Addams Family.

The 48-year-old posed for a photo with her Heart FM Breakfast radio co-host Jamie Theakston, who dressed up as Lurch from the horror series.

The dress certainly showed off the star’s slender figure, and even disguised the cast on her leg, after breaking it in two pieces last week.

The radio favourite sported a long black wig, covering her highlighted locks, to completely immerse herself into the character. 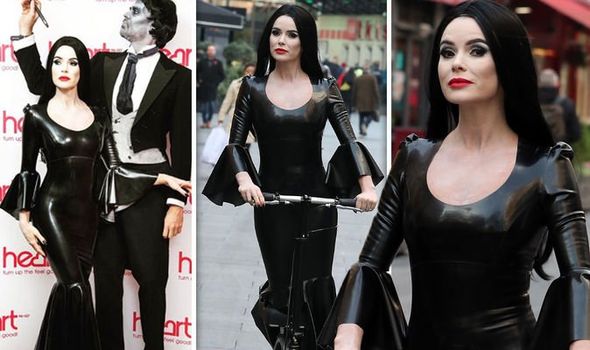 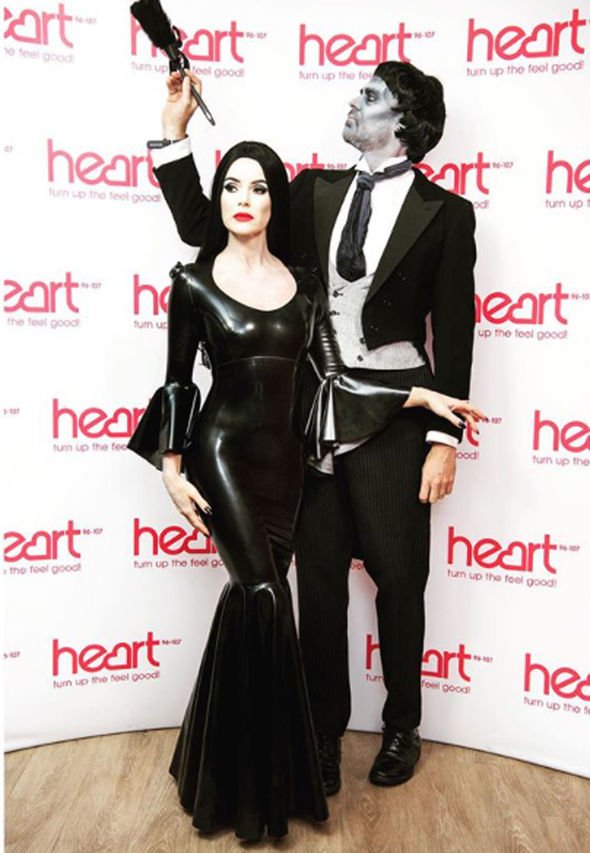 The actress added powdery make-up and a bright red lip-stick to add to the vampy look.

The star also shared a video of herself on her wheeling into the studio on a scooter as Morticia, and wrote: “Yes. I’m wheelie dressed up as #morticia #halloween @thisisheart #addamsfamily.”

Ashley Roberts, who presents the showbiz news on Heart FM, also joined in on the fun as she dressed up as Wednesday Addams. 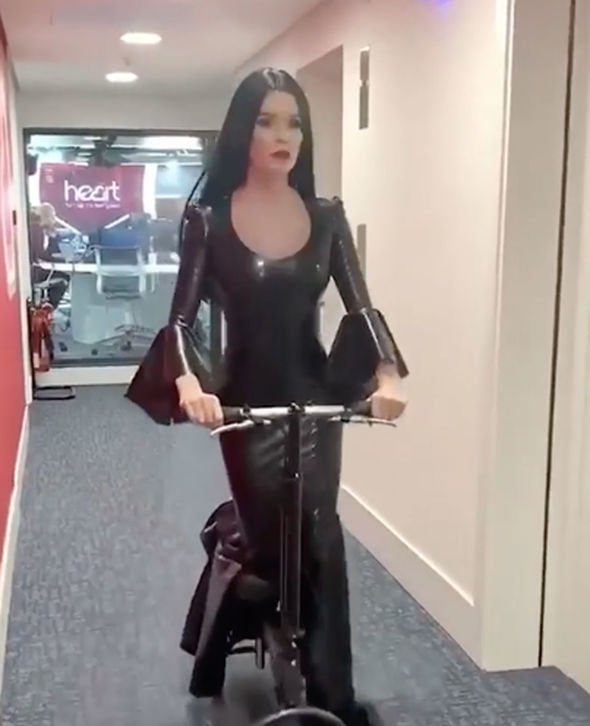 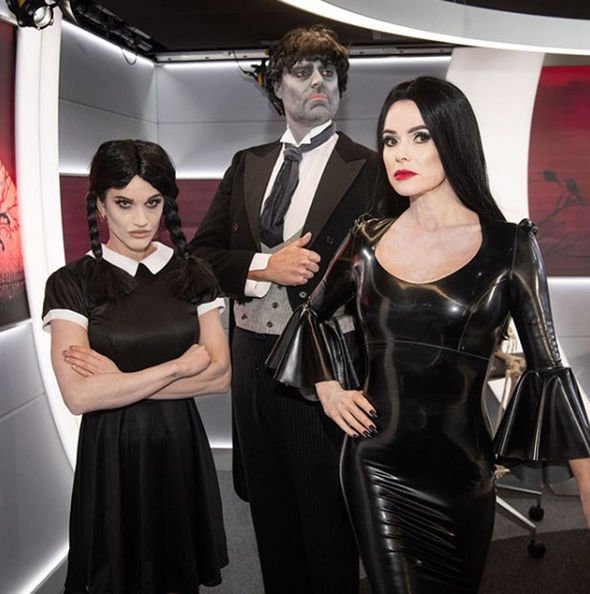 Earlier this week, Amanda was on crutches as she made an appearance on the red carpet at the Pride of Britain Awards 2019.

She was very close to suffering a wardrobe mishap as she hobbled along, thanks to the daring neckline on her fancy dress.

Last week, Amanda underwent emergency surgery and have a metal plate fitted after she broke her leg in two places.

The accident occurred during a family trip with her husband, Chris Hughes, and two children, Alexa, 13, and Hollie, seven.

Disaster soon struck with the Britain’s Got Talent judge injuring herself whilst playing on an inflate assault course.

She called into Heart soon after the accident where she admitted she was “gutted” the accident happened so soon on their holiday.

She said: “I just can’t believe what’s happened… on the first day here as well so I’m just totally gutted.

“Basically I was trying to be a good mother… and I said to Hollie, ‘Mummy can come on that with you’ and there’s this like, you remember [Total] Wipeout, that TV thing?

“There’s like a children’s Total Wipeout thing in the middle of the sea… I was showing off, Jamie – I made it across to the other side and then my leg slipped because obviously it’s wet and it went the other way and I felt it break.

“I was rushed to hospital and I’ve got a metal plate and screws in my leg, which currently is the fastest and easiest way for it to heal. I haven’t got a cast, I’ve got metal in my leg and a splint and it’s all wrapped up and it’s got a heartbeat in it.”