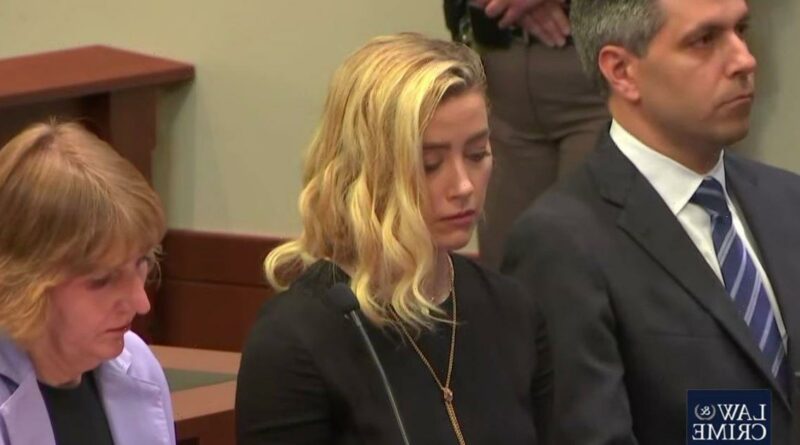 Amber Heard is planning to appeal the verdict in her defamation trial against ex-husband Johnny Depp.

The jury in Fairfax County, Virginia courthouse found the Aquaman actress guilty of defamation on all three counts in yesterday's verdict reading. She has been ordered to pay $10m in damages to her ex.

Amber, 36, was awarded $2million in damages for one count in her countersuit against the Pirates of the Caribbean star.

Immediately downcast at the result, Amber left the court room following the verdict and her lawyers, Elaine Bredehoft and Benjamin Rottenborn, released a statement from the star minutes later saying she was "heartbroken" by the result.

Hours after that, the actress's representative Alafair Hall confirmed to The New York Times that she will appeal the decision.

But while time will tell if the star is successful in her bid, experts have reportedly claimed that in order to appeal the jury's verdict she would have to post a bond for the full $10million judgement, plus interest, according to The Mirror.

Johnny took Amber to court after she wrote an op-ed article for The Washington Post called: "I spoke up against sexual violence — and faced our culture’s wrath. That has to change."

Johnny's lawyers said the article, which was published in 2018, falsely implied the actor physically and sexually abused Amber during their relationship, though it didn't mention him by name.

Following the judgement, Amber said she was “heartbroken that the mountain of evidence still was not enough to stand up to the disproportionate power, influence, and sway" of her ex-husband.

Conversely, Johnny released his own statement thanking his "unwavering" legal team and the support of the public, his family and friends, and the result of the jury.

The star said he felt "truly humbled" as the six-week trial finally came to an end.

Johnny has been celebrating his victory in a pub in Newcastle, in the UK, as he was spotted toasting the result with singer Sam Fender.

The actor flew across the pond after the jury began their deliberations on Friday 27 May, as he had prior commitments to perform on stage with his old friend and music collaborator Jeff Beck.

While the dad-of-two has faced some criticism for not facing the jury, who took 13 hours to deliberate in court, in person, he told the world in his statement that after six years of hell he was grateful the jury finally "gave me my life back".

Amber first made the claim of sexual and physical abuse against her spouse in 2016 when she took out a temporary restraining order against him.

The star later withdrew her claims and the former couple finalised their divorce in 2017 just 16 months after legally getting married.

Johnny said that Amber's false claims have had a "seismic" impact on his life and his career.

Johnny was suing for $50million, and Amber countersued for $100million.

For all the latest TV and Showbiz news, sign up to our daily newsletter here.