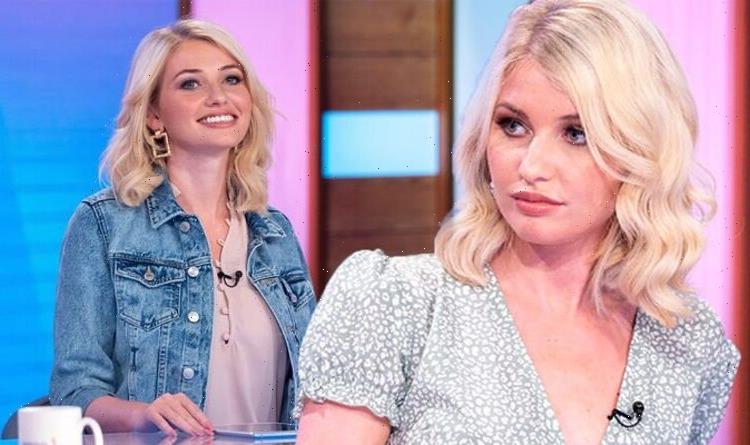 Loose Women: Amy Hart reveals she is freezing her eggs

Love Island star Amy Hart has admitted in an exclusive interview with Express.co.uk that comments from her fellow celebrities about freezing her eggs left her frustrated. Thankfully, Amy is thrilled with the end result, appearing on the brand-new episode of the Boots Taboo Talk podcast to discuss her fertility journey.

Amy, 29, described in her interview with Express.co.uk how the one thing she’s always wanted to be is a mum.

However, she also had to grapple with the reality that both her mother and grandmother had experienced early menopause.

Self-described as “very independent”, Amy could never be certain that she would find the right person to settle down with before her body clock counted down to zero.

With that in mind, the former Islander has since spent over £10,000 to have her eggs frozen so that, if needs be, she has the option to go it alone as a single parent.

Amy is currently loved up with boyfriend Sam Rason whom she described as a “wonderful” and “patient” presence in her life.

Last year, Amy opened up to the Loose Women about her egg freezing journey when she had just five eggs in the freezer at the time.

While the ladies on the panel were understanding, the influencer has admitted that she has experienced unpleasant run-ins with celebs that do not share her views.

She explained: “I remember being at a charity event and there were some 90’s pop stars there who I absolutely loved (I won’t say who).

“And we were chatting away and told them that I had frozen my eggs.

“The first thing they said – and everyone does this, but it’s just this one that particularly sticks in my head…

“And I’m like, ‘Well, I’ve got early menopause in my family and that’s why I’m doing this.’

Martin Kemp health: Star, 60, on medication for ‘rest of his life’ [UPDATE]

Amy went on to discuss how her fellow red carpeters reacted to her plans to be a single mum if necessary.

“I told them it was with the view to doing solo IVF next November (as in this November),” she explained.

“‘Well do you not think a baby deserves a mum and a dad?’” she said, imitating the anonymous celeb.

“But I said, ‘I think they deserve people around them who provide a good network and are good at helping to bring them up.’

“It doesn’t necessarily have to be a mum and a dad. It could be mum and nan and grandad or aunties and uncles.

“And they go, ‘No, no you’re wrong…’ But a lot of my friends didn’t plan to be single mums and have ended up being single mums.

So, at least I know in advance. But they just say, ‘No, it doesn’t matter…’” Amy added with a cheeky eye roll.

During the interview, Amy admitted that, while it was a tough process with lots of ups and downs, she has no regrets and can now feel secure in her future as a parent.

Amy discusses her fertility journey and experiences with egg freezing on the brand-new episode of the Boots Taboo Talk podcast.