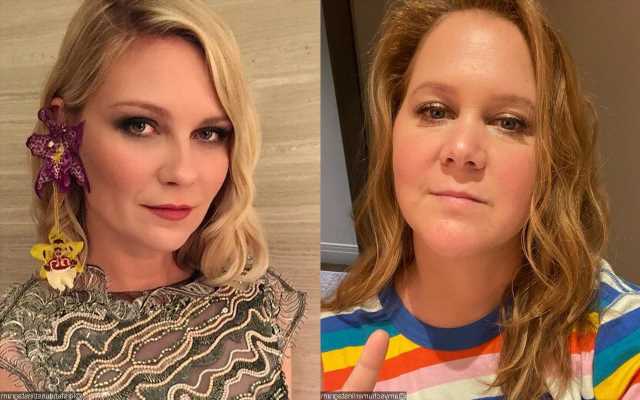 Taking to social media, the host of this year’s Academy Awards says that she ‘wouldn’t disrespect that queen’ as the joke was ‘choreographed’ and ‘The Power of the Dog’ actress ‘was in on.’

AceShowbiz –Amy Schumer has spoken out after facing heavy backlash following her seat filler joke toward Kirsten Dunst at the 2022 Oscars. Making use of social media, the host of this year’s award night said that she “wouldn’t disrespect that queen like that.”

“Hey I appreciate the love for Kirsten Dunst,” the 40-year-old actress/comedian wrote in an Instagram Story on Monday, March 28, “I love her too!” The “Trainwreck” star further explained that it “was a choreographed bit she was in on. Wouldn’t disrespect that queen like that.” 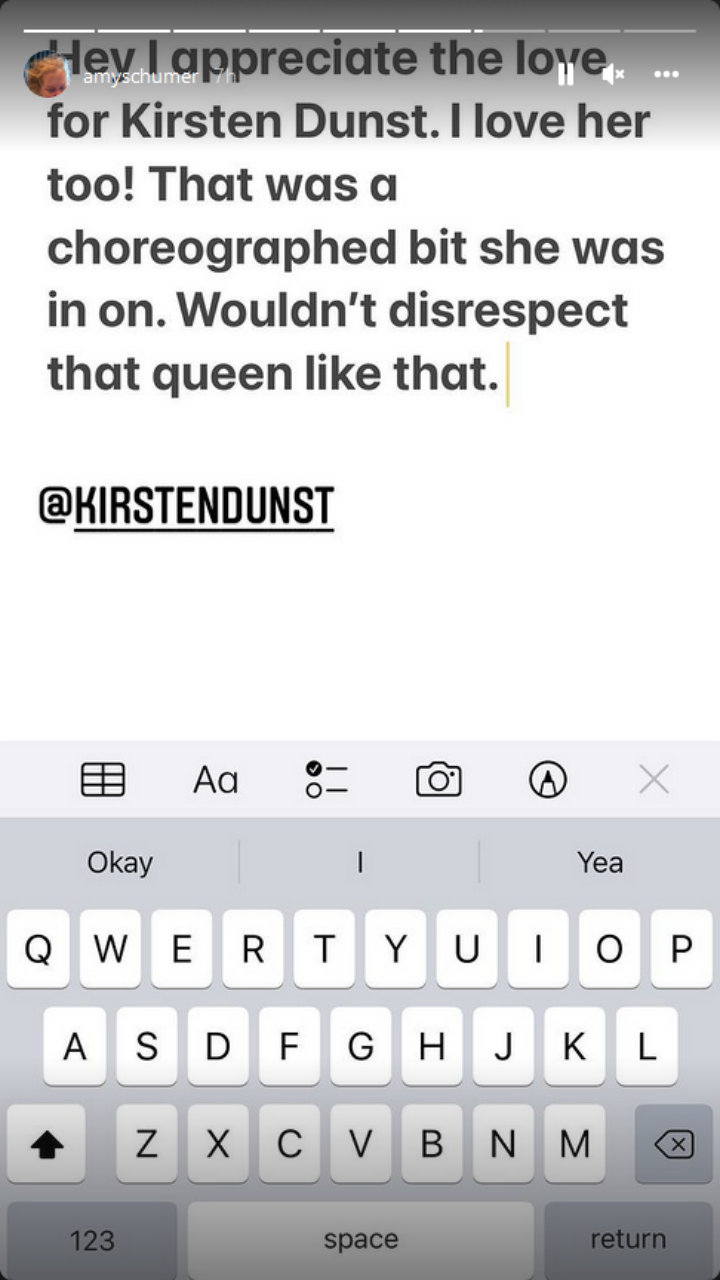 During her hosting duty at the 94th Academy Awards in Los Angeles’ Dolby Theater on Sunday, Amy began her bit by explaining to the crowd the concept of seat fillers, people designated to fill seats when celebrities are elsewhere during the ceremony. Amy then made her way over to Kirsten and her partner Jesse Plemons‘ table.

“Here’s a seat filler,” Amy said, referencing Kirsten. “Honey, do you want to go to the bathroom?” Amy then pulled Kirsten up by the arm and stole her seat to chat with Jesse. “Jesse, I loved you in ‘The Power of the Dog‘,” Amy said.

Jesse then replied, “You just took my wife’s seat. Did you know that was my wife?” Amy responded, “Oh, you’re married to that seat filler? That’s weird.” Jesse, who starred in “The Power of the Dog” alongside Kirsten, then simply answered, “Yes.”

However, fans were not happy with Amy’s seat filler joke. “Please never invite amy schumer to an award show again..why she calling kirsten dunst a seat filler infront of jesse plemons? oh she needs a SMACK,” one Twitter user wrote. Another critic chimed in, “Amy schumer keep kirsten dunsts name out of ur f**kin mouth,” seemingly mimicking Will Smith‘s infamous shout at Chris Rock after he slapped him.

“Amy Schumer calling Kirsten Dunst, who’s nominated tonight, a ‘seat filler’ is so f**king tasteless. I don’t even know what to say anymore,” someone else opined. In the meantime, a fourth said, “Let’s not forget Amy Schumer removing Kirsten Dunst, an Academy nominated actor, from her seat & calling her a ‘seat filler’ as a bit. I’m so tired of jokes at women’s expense. The whole show was cheap.”