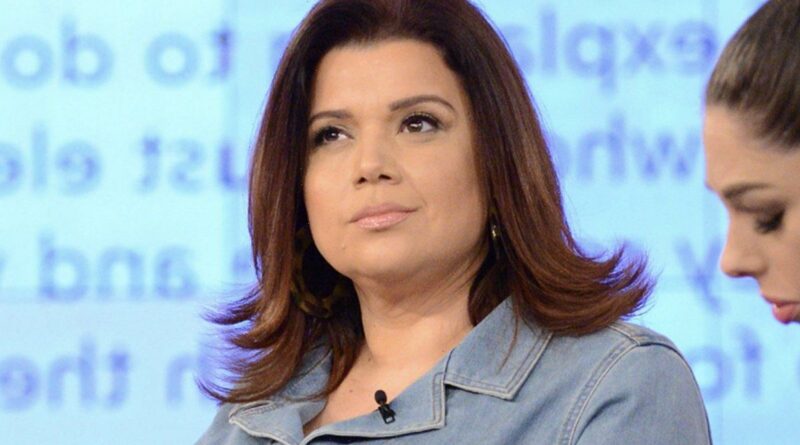 Ana Navarro is a recurring guest co-host on The View and one of the most beloved ones by fans. The Nicaraguan-born political commentator has been appearing on the ABC talk show for many years now and viewers adore her. Navarro recently opened up about her mother having been hospitalized and regretting not spending more time with her when she was healthy. After Navarro’s mom was released from the intensive care unit (ICU) fans are now urging her to visit her.

The popular Republican pundit recently revealed what one of her biggest regrets in life was while discussing a hot topic on The View. Navarro said that she regrets not having been able to spend more time with her mom while she was healthy. The TV co-host said that her mom had recently been hospitalized but was out of ICU miraculously.

“My mom has been incredibly sick and she had her last rites given a few days ago. And I really regret not having spent more time with her when she was healthy,” Navarro told her fellow co-hosts. “Today, she got out of ICU. I don’t know how long she’s gonna last but I’m to call her every day.”

Although it was good news that Navarro’s mother had been out of ICU, she is still ill as she further explained on Instagram.

“My mom had been hospitalized in Nicaragua, barely conscious, unable to speak for over a week,” Navarro explained on the social media platform. “Doctors said she had only days to live. I’ve worked through it. It’s the only way I know how to deal with things. But I’ve done a lot of crying behind the scenes, bracing for bad news. It’s been really hard. It’s killed me to see how distressed my dad, who has not left her side, has been.”

Navarro said she was able to speak to her mother and she will cherish that she “got the gift of a little more time.”

What are fans telling ‘The View’ co-host?

After Navarro opened her heart about what was going on with her mother, fans quickly swarmed in with messages of positivity and hope for The View co-host. There were also a lot of comments urging Navarro to go visit her mother as she got this second chance out of the hospital against the initial prognosis.

“I speak from experience. Be with your elderly mother’s, especially now. You will regret it if you don’t, there are NO do-overs,” a fan suggested.

“You should go see her while she is still with you,” a follower added.

“Go see your mom, now that you have been given a second chance before is too late, blessings to you both and hugs,” an Instagram user commented.

“Time for a trip to Nicaragua, what a gift you’ve been given to be with her,” another fan said.

“I would definitely go back home to see her and spend her last living days with her. It’s what I would do if my mom was that sick. Prayers,” another follower suggested.

“You should be with your mother I’m sure she needs you by her side,” another Instagram user said.

Navarro has not updated on the current health of her mother since talking about it on The View.