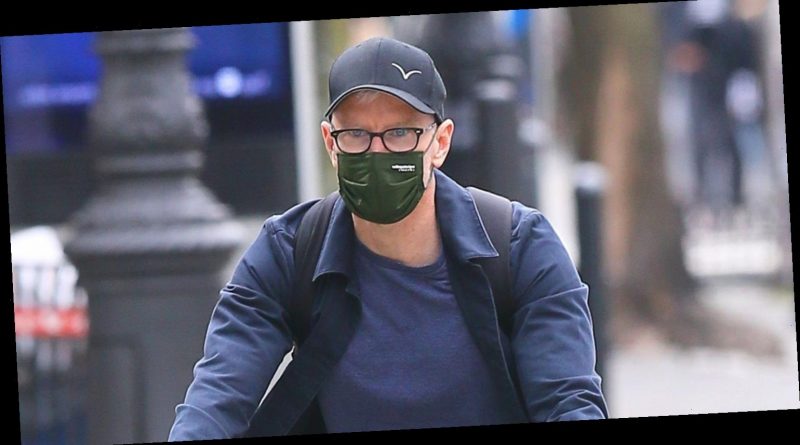 Anderson Cooper is showing off his coordination skills!

The 53-year-old CNN anchor balanced his coffee in one hand while riding his bike around the streets of New York City on Sunday afternoon (April 4).

PHOTOS: Check out the latest pics of Anderson Cooper

Anderson kept things cool and casual in an all navy outfit while staying safe in an olive-colored face mask for his outing.

In a recent interview, Anderson opened up about co-parenting his son Wyatt, 11 months, with ex-boyfriend Benjamin Maisani, revealing that they all live together.

If you didn’t know, Anderson will soon be filling in as guest host of Jeopardy!. Find out the other stars that will also be appearing as guest hosts.