Home » Celebrities » Anderson Cooper Says Trump Rioters Will Head To Olive Garden & Fans Clap Back: ‘Not On My Watch’ 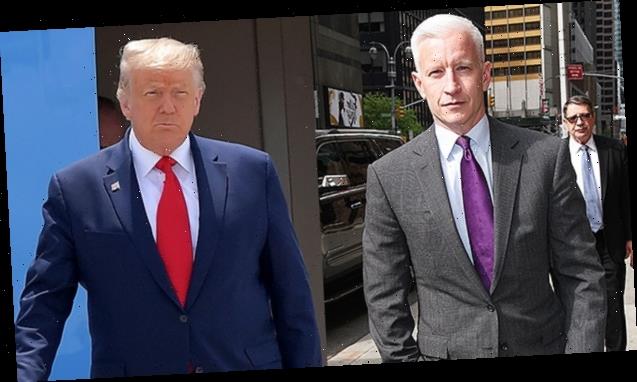 Anderson Cooper claimed that after Trump’s rioters stormed the U.S. Capitol, they’re going to go dine at Olive Garden to celebrate. The eatery’s fans are now defending the restaurant.

A lot of folks love the Olive Garden. But apparently CNN’s Anderson Cooper thinks the restaurant chain might be a favorite of the rioters from Donald Trump‘s rally who stormed the U.S. Capitol building, occupying offices and terrorizing members of Congress who were evacuated for their own protection. When discussing the D.C. chaos on Jan. 6, Cooper described how after seditiously attempting to pillage the Capitol, the MAGA terrorists were going to go off and eat dinner at an Olive Garden while “high fiving each other.”

“Look at them, they’re high-fiving each other for this deplorable display of completely unpatriotic, completely against law and order, completely unconstitutional behavior, it’s stunning. And they’re going to go back to the Olive Garden and to the Holiday Inn they’re staying at, or the Garden Marriott, and they’re going to have some drinks and talk about the great day they had in Washington. They stood up for nothing other than mayhem,” Cooper explained over video of Trump supporters waving flags and wearing gear with his name on it while occupying the steps of the Capitol building.

As a result ,”Olive Garden” began trending on Twitter, and with it, plenty of folks who love the Italian chain yet aren’t in favor of destroying democracy. The protesters were livid that Vice President Mike Pence said he did not have the power to throw out the electoral votes that would deny Democrat Joe Biden the presidency that he legitimately won. As that was happening, Trump told supporters at a rally near the White house, “If Mike Pence does the right thing we win the election.” When Pence sided with democracy, Trump’s furious MAGA supporters then marched to the Capitol where chaos broke loose.

Countless memes popped up on Twitter showing people looting items from the Capitol building with Olive Garden jokes. One popular meme showed a man in a Trump hat walking away with a congressional microphone podium in the Rotunda with a big smile on his face:

Another user pointed out how wild it was to see “Olive Garden” trending among the dramatic moments of the day:

Others tweeted out how the Olive Garden didn’t deserve to be brought up into the day’s chaotic activity. @AngryBlackLady
noted, “All Olive Garden ever wanted to do was provide unlimited salad and breadsticks to the people. They don’t deserve to be dragged like this,” while @rosedommu defended the chain, tweeting, “Anderson Cooper just said on CNN that the terrorists are gonna go to Olive Garden after they leave the capitol…not on my watch.” User @shaynizzl tweeted, “there is a literal coup happening and somehow y’all have still found the time to drag Olive Garden.” So far the Italian restaurant chain has not responded via Twitter to Anderson’s diss about the Trump rioters heading to celebrate at their restaurants.