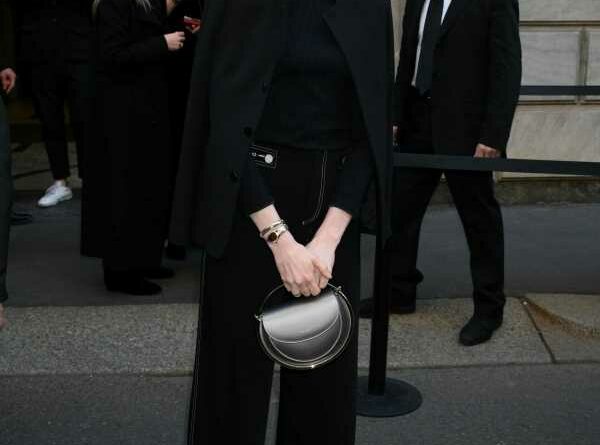 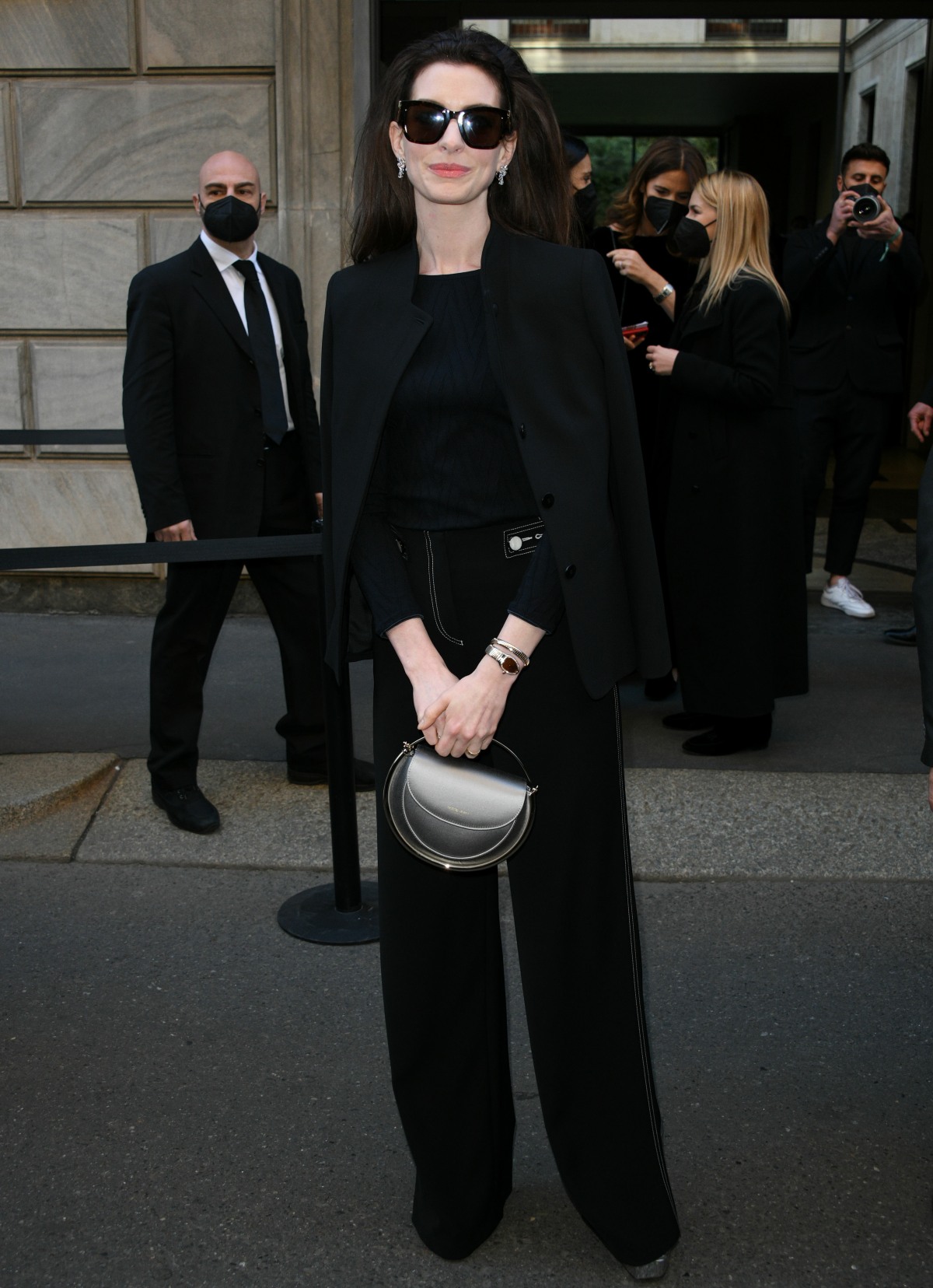 Wow, is anyone casting for a new Jackie Kennedy movie? I think we found the new Jackie in Anne Hathaway. Come to think of it, she’s always had a sort of Jackie vibe, especially when she’s styled a certain way. These are photos of Anne in Milan on Monday. She attended Milan Fashion Week specifically to attend the Armani show. Anne has deep, years-long connections to several of the biggest fashion houses, namely Armani and Valentino. She will show up anywhere for Armani and Valentino. Obviously, her whole ensemble is Armani. Chic. I love everything she’s wearing. I really want those trousers. Her husband Adam Shulman also made a rare appearance with her. I think they just decided to go on a family vacation in Italy and Anne basically came by the Armani show.

Meanwhile, the trailer for WeCrashed has come out. This is based on the true story of WeWork, with Jared Leto doing a (surprisingly good) accent as Adam Neumann and Anne Hathaway playing his wife/enabler/guru Rebekah Neumann. Honestly, I barely paid attention to the WeWork scandal, so it will be interesting to see this? 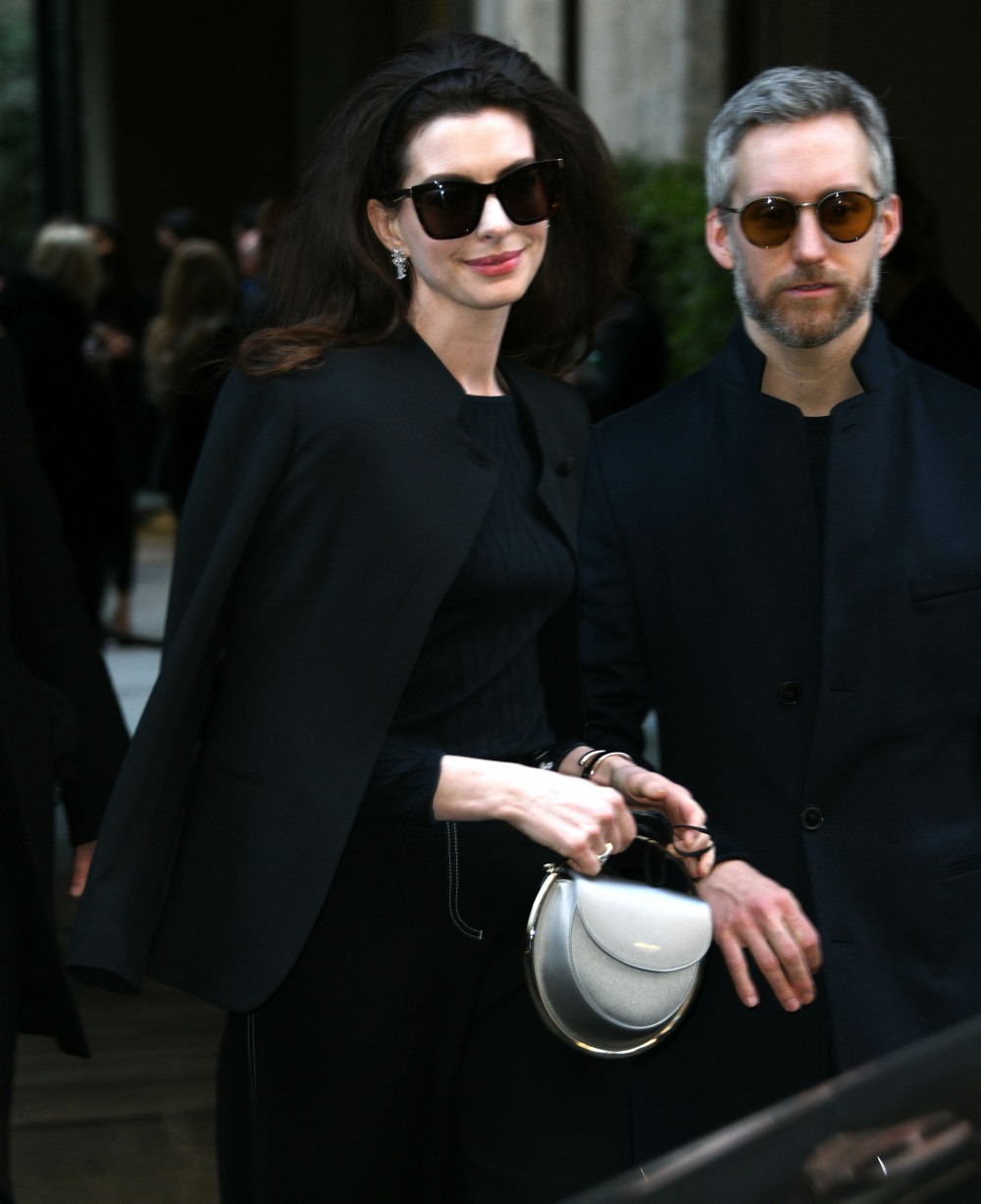 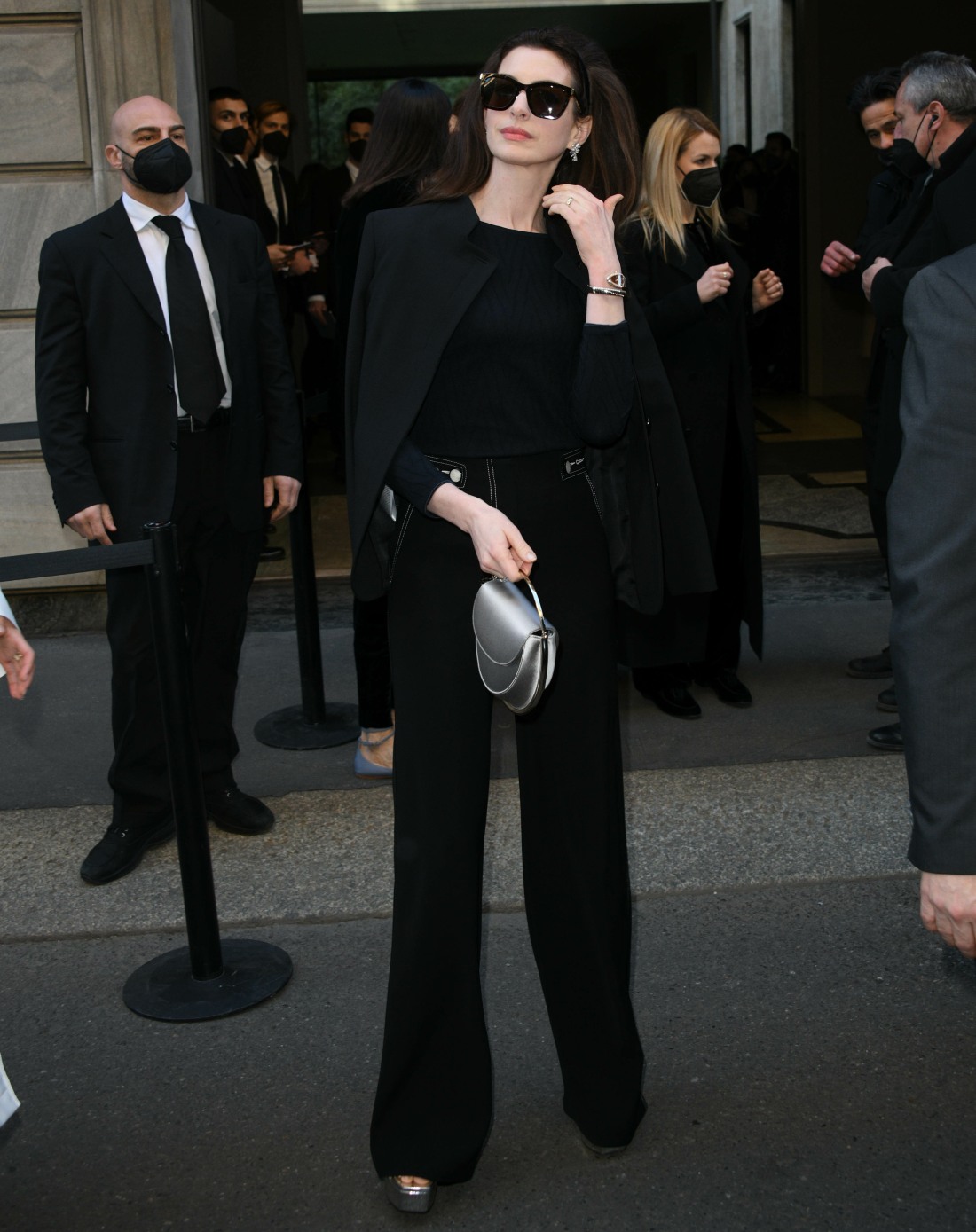 Photos courtesy of Instar and Backgrid.