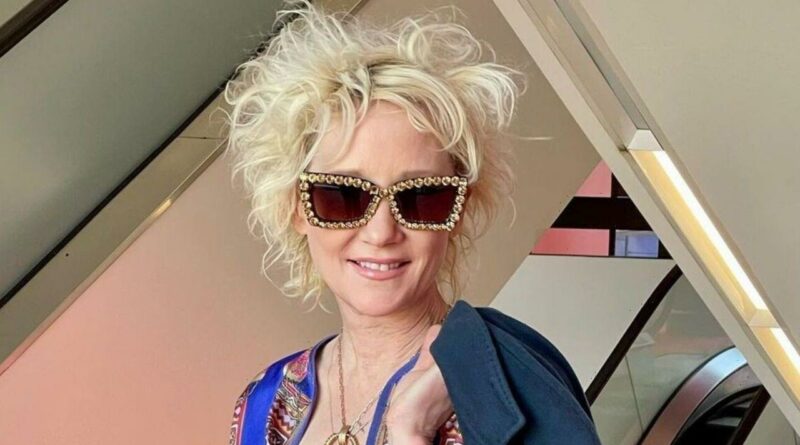 The ‘Donnie Brasco’ actress is expected to be taken off ventilator after organ transplant recipients are determined following her deadly car accident in Los Angeles.

AceShowbiz -Organ transplant recipients have been found so Anne Heche will be taken off life support. After suffering a severe anoxic brain injury following a high-speed, fiery car crash in Los Angeles earlier this month, the “Another World” actress was declared brain dead on Friday (12.08.22) at the age of 53 and will be taken off life on Sunday (14.08.22) now that organ donor matches have been found.

“Organ recipients have been identified and surgeons are ready to perform the implants once Heche has been removed from life support,” a spokesperson told NBCNews.

The outlet went on to explain that “multiple organs” will be transplanted but it is not known at this time which ones.

Prior to being declared brain dead, it was explained that the “Another World” actress was “not expected” to survive injuries brought on by the smash but it had “long been her choice” to donate her organs.

A family statement read, “Unfortunately, due to her accident, Anne Heche suffered a severe anoxic brain injury and remains in a coma, in critical condition. She is not expected to survive. It has long been her choice to donate her organs and she is being kept on life support to determine if any are viable.”

Anne’s family and friends have praised the star’s ability to “spread kindness and joy” in her life, and say she will be remembered for her “courageous honesty.”

The “Donnie Brisco” star is survived by her ex-husband Coleman ‘Coley’ Laffoon – with whom she has 20-year-old Homer and also has 13-year-old son Atlas from her relationship with actor James Tupper – and he took to social media in the hours that followed her death where he thanked fans for their support and promised that they were all going to be “OK.”

He said, “In the wake of Anne’s passing, I just wanted to say a few things. One, I loved her and I miss her and I’m always going to. Two, Homer is OK.”

“He’s grieving, of course, and it’s rough. It’s really rough, as probably anybody can imagine, but he’s surrounded by family, and he’s strong, and he’s going to be OK. So for all those people checking in, thank your for checking in, showing us your heart, offering prayers and everything. It’s so beautiful. Thank you.”