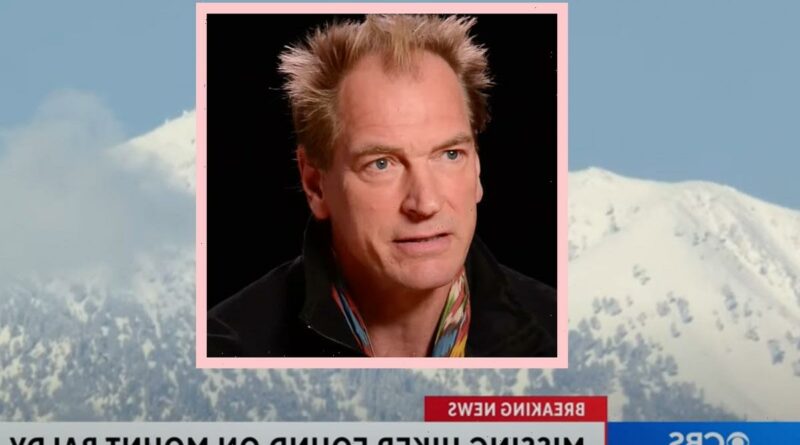 Amid the tireless search for Julian Sands, a hiker has been found — a completely different one.

Last week, the Warlock star was reported missing by his family after never returning from a hike along the Baldy Bowl Trail in Mount Baldy, California. The 65-year-old initially set out on the hike January 13, and there are still no signs of his whereabouts.

“A search crew was sent out, but because of weather conditions, they were pulled on Saturday. Helicopters and drones will be out there to continue to search, weather permitting.”

The department then urged hikers on Twitter to stay away from Mount Baldy due to its dangerous conditions. See (below):

“Over the last four weeks, San Bernardino County Sheriff’s Search and Rescue (SAR) Teams have responded to 14 rescue missions on Mt Baldy and in the surrounding area. These rescue missions have been for lost, stranded and/or injured hikers. Unfortunately, during these past 4 weeks, two hikers did not survive after falling and injuring themselves.”

While the searches have yielded no signs of Sands or fellow missing hiker Bob Gregory, another hiker who disappeared in the same region was recovered Tuesday, a man named Jin Chung. Chung was initially reported missing Sunday, and is now being treated at a hospital. The Sheriff’s Department announced he had sustained “some weather-related injuries and a leg injury but was able to walk out with the assistance of the crew members.” Fantastic news!

Sadly, in the same statement, the department noted they were “closing in on the second full week” looking for the A Room With a View actor, who has still “not been found and no evidence of his current location has been discovered.”

Sands’ brother, Nick, spoke to Craven Herald & Pioneer Tuesday, where he shared his thoughts on the gut-wrenching situation, admitting he has already said his goodbyes in his heart:

“He has not yet been declared missing, presumed dead, but I know in my heart that he has gone. However sibling rivalry being what it is, it would be just like him to walk out of there and prove me wrong.”

“When in LA, the Mt Baldy mountain range was his favorite place, he would go there as often as he could. Julian liked to say ‘I have never had a holiday but I do rest occasionally’ — well he’s resting now in a place he would truly approve of.”

So sad, but at least Nick is attempting to find peace in the devastating situation. See more (below):

We’re glad Jin was found, and we still hold hope for Julian. Share your support in the comments down below.