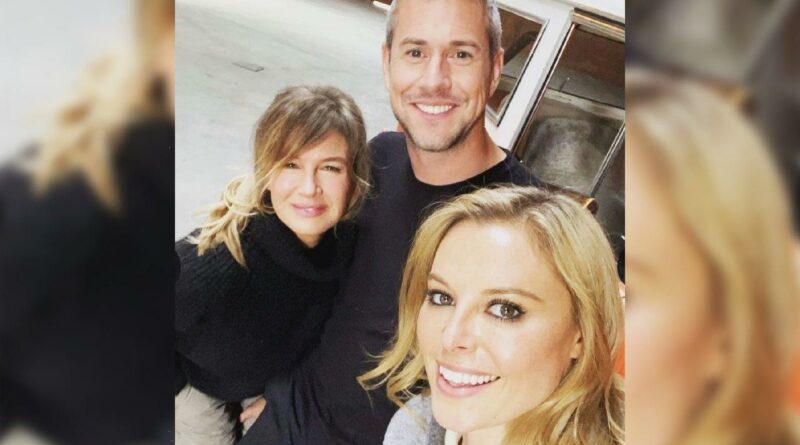 On the same day he shares a picture of him and his actress girlfriend on the photo-sharing platform, the ‘Wheeler Dealers’ host is spotted enjoying a PDA-filled outing with her.

On Sunday, August 22, the 42-year-old hunk shared on the photo-sharing platform a picture of him and his girlfriend posing with his “Celebrity IOU: Joyride” co-host Cristy Lee. In the caption, he wrote, “It’s finally here…. The first episode of #CelebrityIOUjoyride is available on @discoveryplus Monday the 23rd!!”

“And it’s the incredibly magical Renee Zellweger,” the British native continued. “Join @cristylee09 Ren and me as we pay it forward to two amazing men that gave so much to one of Ren’s dearest and closest friends.”

Fans have since congratulated the twosome. One user gushed, “Love this!!! You look so happy.” Another raved, “You too look perfect together! She is simply beautiful!” Someone else added, “Seriously love the new relationship, wish u much happiness!”

On Sunday, Ant and Renee were caught on camera packing on some PDAs in Orange County, California. In pictures published by Page Six, the father of three could be seen cradling the Oscar winner while they were locking lips.

The lovebirds clearly couldn’t keep their hands off each other since they continued making out for a little longer next to her car. The sweet photos were reportedly taken after the TV personality wrapped up a soccer game which the “Judy” star attended.

Earlier this month, Ant and Renee attended their first public event as a couple at the Radford Motors gala at the Lyon Air Museum in Santa Ana, California. Days later, Ant finally confirmed that they are an item as he called her “super pro.”

Ant and Reene were first linked romantically in late June after meeting on the set of “Celebrity IOU Joyride”. Before dating Renee, she was married to Christina Haack (Christina El Moussa), with whom he shares son Hudson.