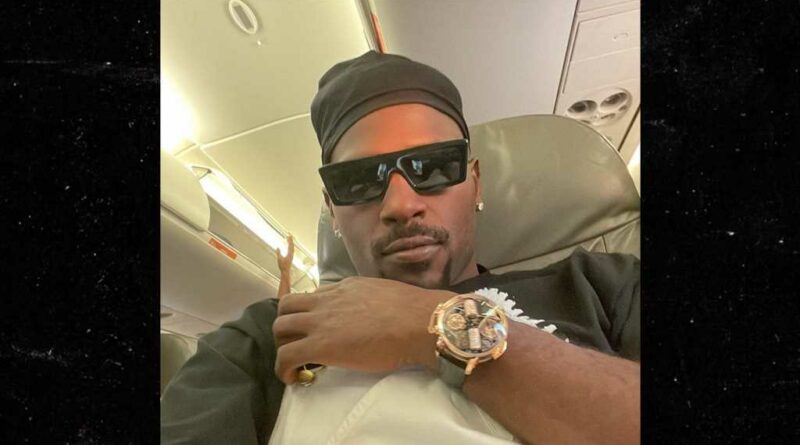 Antonio Brown has been making waves with his custom dance for his “Put That Sh*t On” single … and he’s using his signature moves honed on the football field to make a big splash.

AB tells TMZ Hip Hop … he’s currently in the middle of finalizing a couple of deals to fund the “Put That Sh*t On” music vid … which should be an explosive and fashionable affair.

The former All-Pro NFL Star released his “Paradigm” album with the “Put That Sh*t On” single back in April and has been in rap mode since … even performing the song on the coveted Rolling Loud stage.

AB is lining up the aesthetics for the vid, AB will feature Kanye‘s Gap displays as well as some unreleased Ye items. There will also be plenty of flashy bling!

Judging from his recent Tom Brady comments, it appears making music is AB’s career choice … at least at the moment.

Prepare to do ya dance!!!