The Emmys are HERE, people. It’s TV’s biggest night, and if there’s anything we’ve been doing plenty of over the last year-plus, it’s watching TV. Seriously, my Netflix account has gotten me through this pandemic so far. And speaking of Netflix… one Miss Anya Taylor-Joy, the star of The Queen’s Gambit, is at the ceremony tonight, and her look is… incredible! 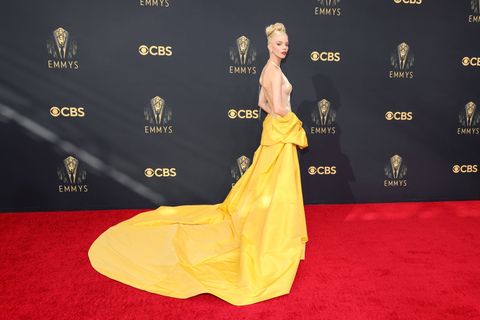 Anya is working with the same stylist Zendaya uses (his name is Law Roach, and he’s responsible for some of the most iconic looks to grace the red carpet in the last few years), so that explains part of why this is so, so major. And, of course, she’s wearing Dior. The actress has been wearing Dior for several award shows now including the Golden Globes.

She also opted for an updo look instead of wearing her long blonde locks down like her usual looks. 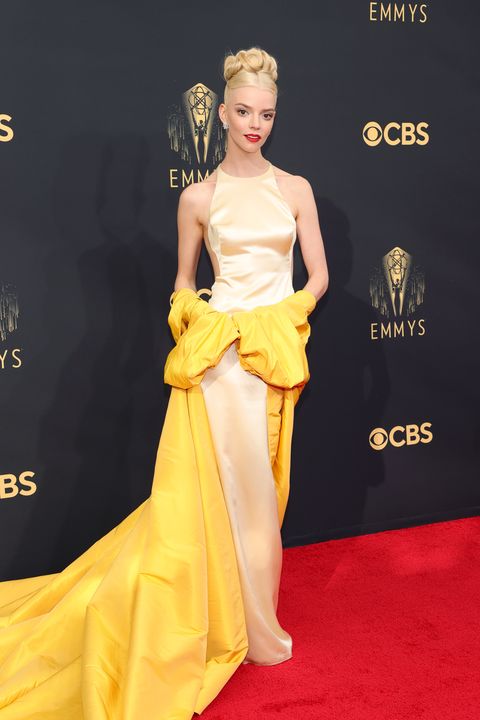 Anya is nominated for Outstanding Lead Actress in a Limited or Anthology Series or Movie (try saying that five times fast) for her performance as Beth Harmon in The Queen’s Gambit. She’s in an absolutely stacked category of nominees, so it’s truly anyone’s guess who will win. Here’s who she’s up against:

I mean… it doesn’t get any more competitive than that. Anya does have a slight upper hand there, though, because she’s already won a Golden Globe, Critics’ Choice award, and Screen Actors Guild award for playing Beth. Casual!!