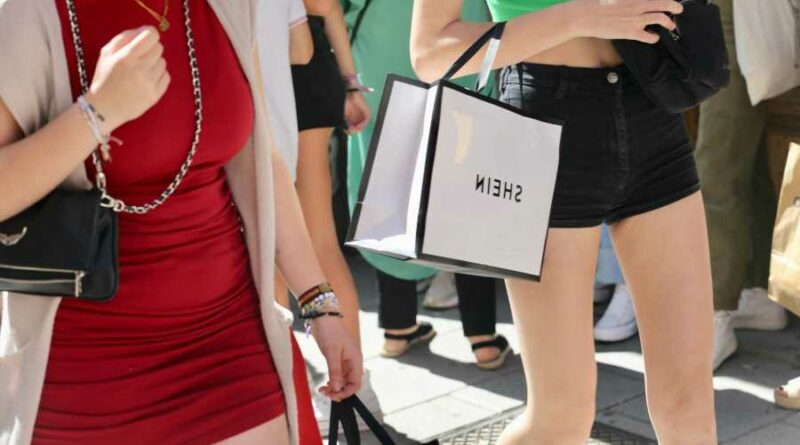 The China-based fast fashion clothing line Shein has long been a central topic of discourse on TikTok, with many criticizing the company for producing cheaply made clothing at an exhaustive pace. Now, the discussion around Shein has reached a fever pitch, thanks to a conspiracy theory on TikTok claiming that its workers are slipping notes begging for help in its packages.

According to these videos, some of which have gotten millions of views, Shein employees have been surreptitiously writing “need your help” or “help me” on the tags for its products. The “evidence” cited in some of these videos is a tag that reads, “Do not dry clean due to water saving technology, need your help washing with the soft detergent the first time” — which appears to be a poor translation of cleaning instructions for the garment, but which people are characterizing as a secret hidden message from Shein employees forced to work for the company against their will.

'Catfish Are Not Always Bad Guys': Deleesa and Trevor, King and Queen of 'The Circle,' Speak Out

Why Must Some Pride Merch Be So Unbearably Cringe?

RS Recommends: 5 Devices You Need to Set Up Your Smart Home

Additionally, a viral compilation video with nearly 6.6 million likes has been circulating on TikTok since last May, which includes images of other types of messages people have allegedly found in clothing packages, from a “help me” message on a receipt, to a note that reads “I have dental pain.”

The urban legends debunker site Snopes, however, found that there is no evidence that most of the tags featured in these images are real; and the ones that are are from viral news stories about other companies, not Shein. The “Help me” on the receipt, for instance, was for an item sold by the Chinese brand Romwe, and the receipt was for a product called a “Help Me” bookmark — in other words, it wasn’t a hidden message, it was the name of the product itself. Yet the conspiracy theories have gotten so out of hand that the company issued a statement about them earlier this month, posting a video stating: “Shein takes supply chain matters seriously. Our strict Code of Conduct includes policies against child and forced labor and we do not tolerate non-compliance.”

TikTok itself is no stranger to hosting human trafficking rumors on the platform. Most famously, the Wayfair trafficking conspiracy, in which people baselessly claimed that the furniture distributor was using shipping containers to smuggle slaves, took root on TikTok; other rumors, such as the idea that traffickers are using abandoned car seats to recruit single moms as victims, have also gotten traction on the platform. As Rolling Stone has previously reported, the popularity of such content can largely be attributed to TikTok’s algorithm, which prioritizes highly engaging, emotional content without fact-checking any of the information contained therein.

Recently, several videos were posted on TikTok that contain misleading and false information about SHEIN. We want to make it very clear that we take supply chain matters seriously. Our strict Code of Conduct prohibits suppliers from using child or forced labor and we do not tolerate non-compliance.

To be clear, it is fairly well-known that fast-fashion brands like Shein often produce clothing under subpar at best working conditions, and there is ample evidence to suggest that Shein has made a habit of violating labor laws. As Business of Fashion reported last year, an investigation by a Swiss watchdog group found that in some Shein partner factories, employees worked 12-to-14-hour days and often worked 28 days per month under incredibly unsafe conditions, such as windowless rooms with no fire exists. Shein said in response to this report it “takes all supply chain matters seriously” and would initiative an investigation of the manufacturers in question. Despite this documented history of poor working conditions, however, there is no evidence whatsoever that Shein is enslaving people against their will or forcing employees to work there.