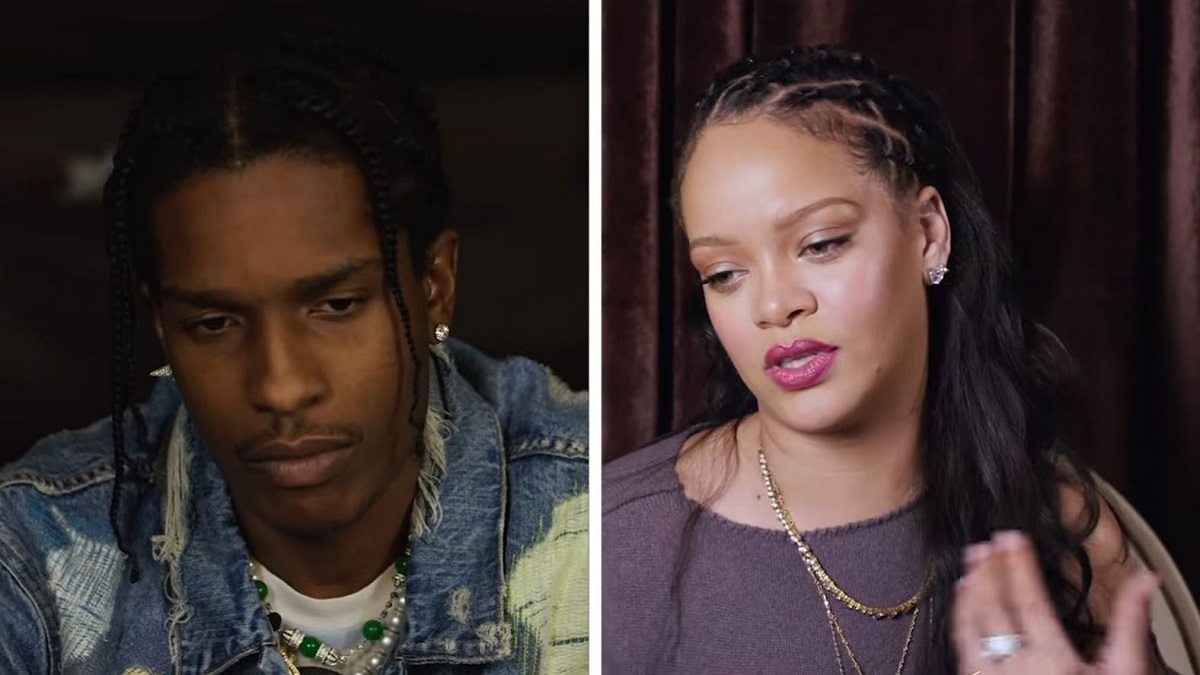 The moment comes around 5:30 (see video below) when ASAP Rocky asked Rihanna what her favorite ASAP Rocky look was.

You can view the bell-bottom pants here. You can also view the bunny-eared skully cap here.

The video comes after ASAP Rocky appeared with Rihanna when she launched a new skincare line, Fenty Skin, last month.

Rocky was one of the models who appeared in the promotion for Rihanna’s new line.

Rihanna, 32, who was recently rumored to be dating ASAP Rocky, gets flirty with the 31-year-old Babushka Boi singer during the chat. They asked each other several questions related to body care and fashion.

Amid flirtatiously teasing remarks and coy giggles, Rihanna asked ASAP Rocky to describe his skin, and he answered that his skin was “handsome.”

Rocky also asked her to describe her skin, and she said:

“My skin type is just as complicated as men are.”

Rihanna also teased ASAP Rocky about his first red carpet appearance at the BET Awards in 2012, saying he “could have used some Fenty Skin back then.”

The conversation later took a more serious tone when ASAP Rocky asked how Rihanna kept her mental and spiritual balance.

“Being mentally and inspirationally aligned I mean, it calls for two different sides of my brain and my spirit. Because one is a lot more logical.” 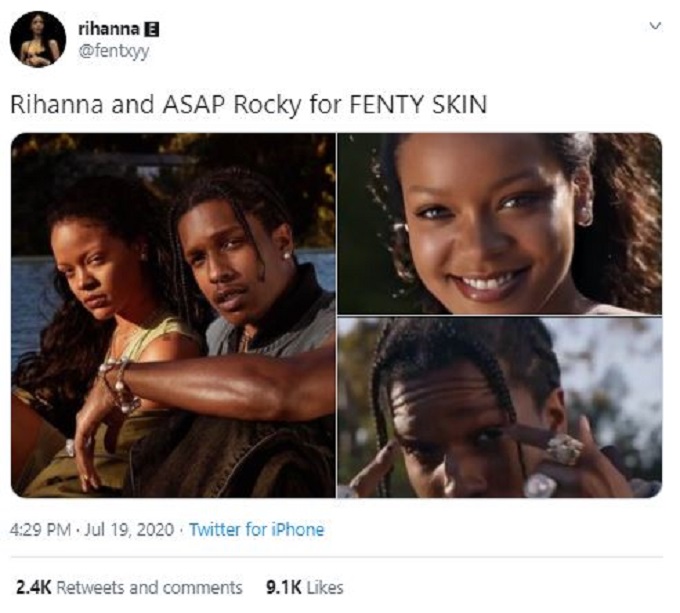 Rihanna and ASAP Rocky are close friends, so it is not surprising that they have been the subject of romance rumors in the past, and more recently after Rihanna broke up with Hassan Jameel.

However, E! News dismissed the rumors in January 2020 and denied claims that Rihanna moved in with ASAP.

The website quoted a source close to Rihanna, who said she and ASAP Rocky were longtime friends. Although she was hanging out with him, she was not romantically involved with him.

Rocky’s collaboration with Rihanna as a Fenty skincare product ambassador doesn’t come as a surprise as the two have a long history of collaboration.

Rapper ASAP Rocky has been making waves on the fashion scene

ASAP Rocky has built a solid reputation for himself among his peers as a fashion icon over the years after releasing his merchandise brand in 2013.

The hip-hop sensation’s been making waves on the fashion scene with his maverick personal style and taste for high-end designer outfits. He has also collaborated with top fashion designers, such as the Belgian Raf Simons and JW Anderson.

He and Guess announced a collaboration, called GUE$$, back in February 2016. He appeared in campaigns for DKNY, Dior Homme, and Calvin Klein.

His music over the years has also proclaimed his love for all things fashion. His song Fashion Killa, for instance, makes references to top fashion brands such as Prada, Gabbana, Balenciaga, and Escada.