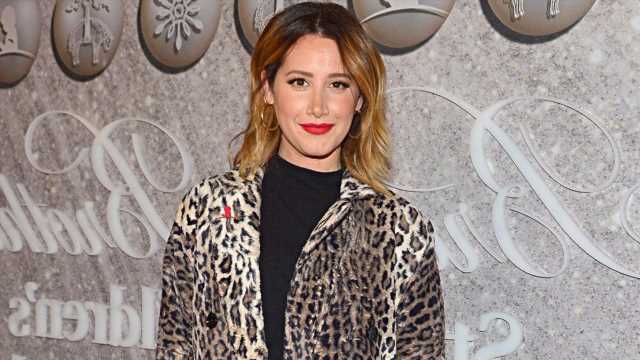 Ashley Tisdale is getting candid about her body image struggles after welcoming her baby girl. The 35-year-old penned a post for her lifestyle site, Frenshe, about her post-baby body.

In the post titled, “Getting Real About My Body After Baby,” Tisdale opened up about comparing herself to other moms post-baby and not feeling happy in her own skin.

“There are so many models and influencers that I’ve compared my own personal journey in ‘bouncing back’ to,” Tisdale shared, noting that Instagram can be a major cause of these unhealthy comparisons. “And then, I’m like wait they just had a baby and they look like that??”

She added that she’s been working hard on losing weight since giving birth to her daughter Jupiter in March.

“Whether it’s hiking, pilates, riding on my Peloton, and yet, I still don’t feel comfortable in my body,” she admitted.

The actress noted that though she’s fitting into some jeans, they weren’t the size she had on pre-pregnancy.

Her attitude changed when she was talking to some mom friends who recently had their babies and were comparing their bodies to her own.

“That’s when I realized we can’t compare our bodies to each other,” she wrote. “Everyone is going to have a different journey and it’s important to not communicate negative feelings towards our own bodies.”

Tisdale ended her post urging her followers, “Love yourself first!”

“I am just over the moon for her and Chris,” Hudgens told ET. “I cannot believe it still, but I’m very emotional and very excited about it.”

For more from the exclusive interview, watch the clip below: