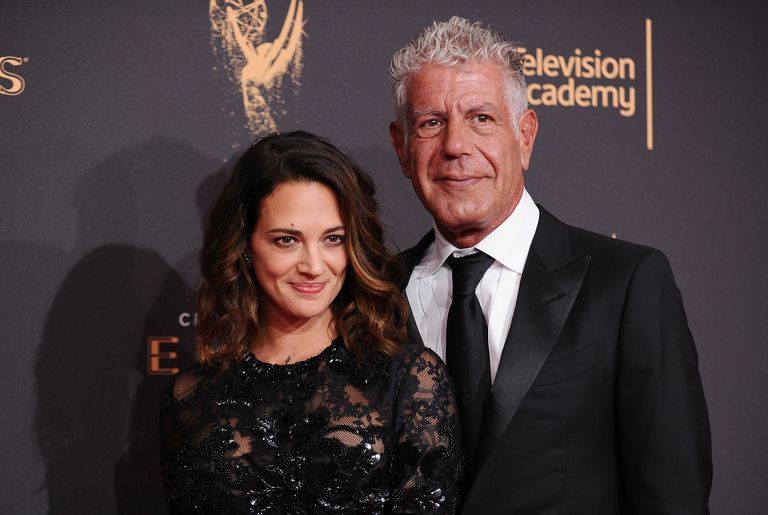 “Anthony gave all of himself in everything that he did,” Argento wrote on Twitter. “His brilliant, fearless spirit touched and inspired so many, and his generosity knew no bounds. He was my love, my rock, my protector. I am beyond devastated. My thoughts are with his family. I would ask that you respect their privacy and mine.”

The chef and TV host of CNN’s Anthony Bourdain: Parts Unknown was found dead this morning in a French hotel of an apparent suicide. He was in France to film an upcoming episode of his show.

The couple met while filming an episode of his show in Rome in 2016, and had started dating a year later, according to People. Bourdain balanced a long-distance relationship with Argento while spending time with his daughter Ariane in the U.S.

Of their relationship, Bourdain told People earlier this year that Argento made him “happier for sure,” and that “it’s nice to be with somebody who I see as a peer.”

“She’s been in this circus since she was nine,” he said of the media industry. “She knows so much more about so many of the things that are important to me — music, books, film, the technical aspects of film, and just the weird state of celebrity, being somebody that people come up to.”

If you or someone you know needs help, please call the National Suicide Prevention Lifeline at 1-800-273-TALK (8255).