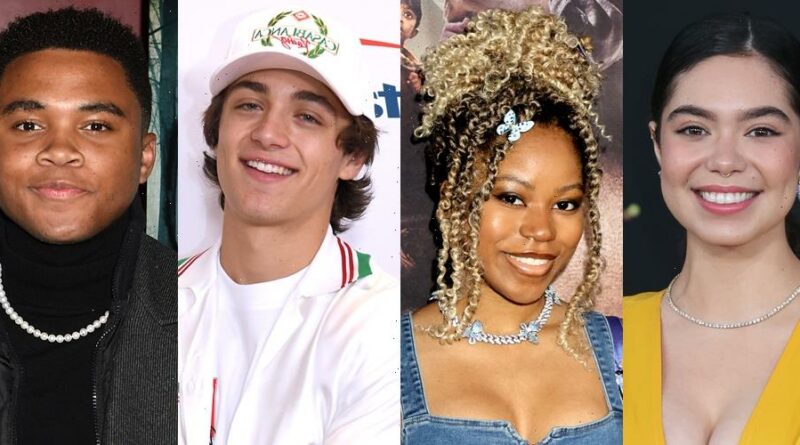 Hulu has started production on a new movie with quite a few young stars!

Auli’i Cravalho, Riele Downs, Asher Angel and Chosen Jacobs have all been cast in Darby Harper Wants You To Know, along with Derek Luke, The Wrap reveals.

“heard Hulu needed a campy dead cheerleader and here i am!!!👻🥳💗 Capri. short for Capricorn 😘 #DarbyHarperWantsYouToKnow,” Auli’i shared on Instagram.

The upcoming movie “follows Darby Harper, who after suffering a near-death experience as a child is granted the ability to see ghosts. To combat the existential boredom of high school, she runs a side business counseling local spirits in her spare time. When an unexpected occurrence happens between Darby and Capri, the most popular girl at her high school, Darby reluctantly agrees to help her and in the process learns how to fit in with the living world again.”

Riele will play Darby Harper, taking over the role from Storm Reid, who had to back out due to scheduling conflicts.

Silas Howard will serve as director, with a script by Wenonah Wilms and Becca Greene.

If you didn’t know, Auli’i has another movie coming out on Hulu, and she’s starring in a new animated series for Disney!