It’s over. Avril Lavigne and her boyfriend, Phillip Sarofim, have called it quits after one year of dating, Us Weekly can exclusively confirm.

The “Complicated” singer began seeing the son of Texan billionaire Fayez Sarofim in February 2018 after breaking off her romance with music producer J.R. Rotem in late 2017. One of Lavigne’s last public appearances with Phillip occurred in June of this year, when the pair stepped out for a day of shopping in West Hollywood. Their one-year anniversary was on Valentine’s Day. 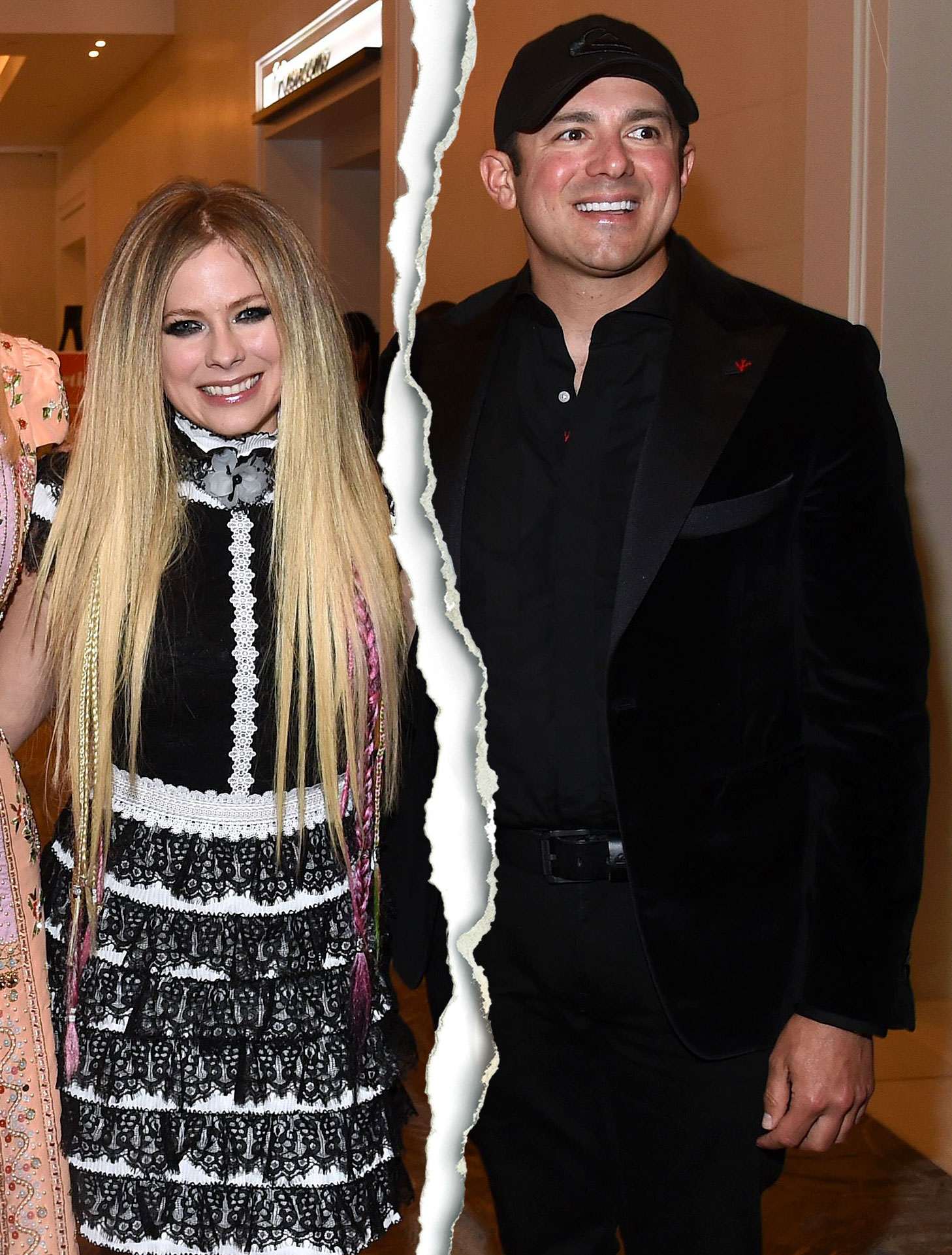 The “Head Above Water” singer had been involved in a few high-profile romances before she met Phillip. She wed Sum 41 frontman Deryck Whibley in 2006, but the “Girlfriend” singer filed for divorce three years later.

She then dated Brody Jenner from 2010 to 2012. Us reported that their split stemmed from the duo struggling to balance their relationship with their careers. “Every time he wanted to come back and take meetings to get his career back in order, she would make him go to Asia and Europe,” a source told Us.

A second insider told Us the breakup was “mutual,” but it was the Hills: New Beginnings star who initiated the split.

Lavigne went on to wed Nickelback rocker Chad Kroeger in a ceremony held at a castle in the south of France in July 2013. She first met Kroeger, 45, when she was dating Whibley, 39.

Lavigne and Kroeger called it quits in 2015 after two years of marriage. The “I Fell in Love with the Devil” singer revealed the news of their separation to Instagram, sharing the update along with a photo of the pair together.

“It is with heavy hearts that Chad and I announce our separation today,” she wrote at the time. “Through not only the marriage, but the music as well, we’ve created many unforgettable moments. We are still, and forever will be, the best of friends, and will always care deeply for each other. To all our family, friends and fans, thank you sincerely for the support.”

Despite her divorces from Kroeger and Whibley, she has remained on good terms with both of them. Speaking to USA Today in February, she noted that her exes are “good people.”

“We had marriages, we lived together, I knew their families, they knew mine, we just stayed close and there’s a mutual respect,” she told the publication. “Chad, in particular, we’re actually really close, because that was a more recent relationship. He was with me through a lot and is a really protective person in my life. He’s still like family.”