Jen shared the good news with an adorable snap of her baby bump in an animal-print bikini!

Congratulations are in order for Jen Saviano and her boyfriend Landon Ricker! The 32-year-old former Bachelor star took to her Instagram on Tuesday (January 25) to announce she and Landon were pregnant with their first baby! “Surpriseee!” Jen captioned the Instagram video album she shared with her 220k followers. “We can’t wait to meet you, little B.”

In the first clip, the Florida native debuted her baby bump in an adorable animal-print bikini, gently caressing her stomach and flashing her megawatt smile. Another video featured Jen in a hospital getting an ultrasound. In the final shot, Jen and Landon hug and kiss on a beach as the dad-to-be holds Jen’s tummy. It appears the Instagram wasn’t only a pregnancy reveal, as this was the first post revealing Landon as her boyfriend! Meanwhile, Landon shared Polaroids of his pregnant girlfriend to his own Instagram, writing, “This morning, with her, having coffee.” He followed up with a gorgeous solo shot of Jen lying on a couch with a look of absolute joy.

Members of Bachelor Nation were quick to share their excitement for Jen in the comment section. Kristina Schulman wrote, “Omggg! Congratulations! How exciting!” as Caila Quinn posted, “Oh my goodness!!! Congratulations!!” And Caroline Lunny shared, “Yayyyyyyyy!!!!! This is so awesome! You’re going to be the cutest lil mama.”

'The Bachelor' Final Couples: Where Are They Now? — Updates On Colton, Cassie & More 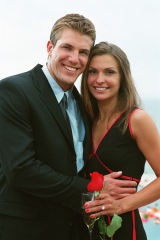 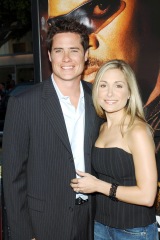 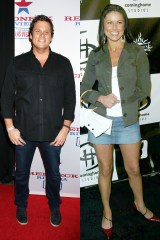 Jen first appeared on Season 20 of the long-running ABC program in 2016, where she competed for Ben Higgins’ final rose. Although she was eliminated in week 5, Jen would go on to star in two seasons of Bachelor in Paradise, where she started up a romance with Nick Viall – but it ultimately fizzled.

“I wanted to say I was in love with you, but something in my heart just said I can’t,” Nick admitted to Jen said during the 2016 finale, per US Weekly. “Sometimes you wish you could tell your heart what to do, and if I could, I would tell it to choose you. I just feel like something’s telling me to say goodbye. I’m sorry. My biggest fear is that I’m going to regret it.”