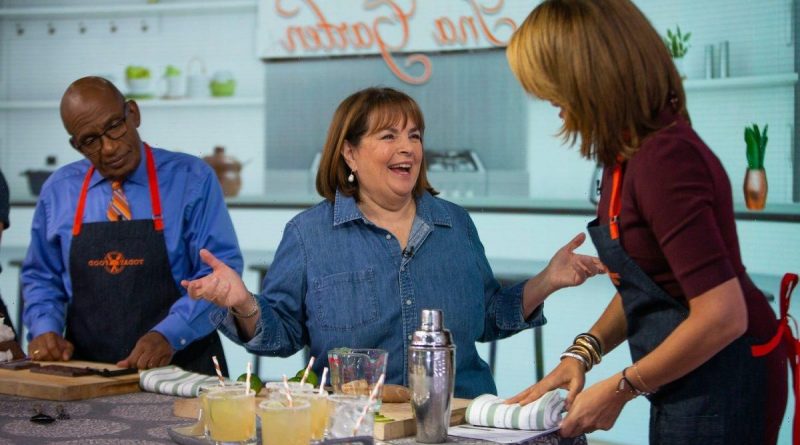 Ina Garten has plenty of experience with entertaining so she knows how critical it is to make the process as easy as possible for the host. The Barefoot Contessa star’s tiramisu recipe is a great no-bake dessert that can be easily assembled the day before — and everyone will be impressed.

Ina Garten’s tiramisu is an easy dessert to make

Garten often recommends making menu items ahead of time rather than scrambling to cook everything the day of your party. Her tiramisu recipe can be made in advance with a handful of ingredients and the flavors will deepen while it’s waiting to be served.

“Tiramisu is to the ‘90s what pasta pesto was to the ‘80s — it was done, done, and overdone,” Garten said on her Barefoot Contessa cooking show. “And we all stopped making it.”

“And, in fact, it’s one of those really delicious and easy things to make,” she added.

Garten shared a photo of her delicious dessert in a 2020 Instagram post. “Tiramisu is the perfect summer dessert because it requires no cooking at all!” she captioned an image of the scrumptious treat. “You don’t even have to serve coffee because in addition to rum, it has a cup and a half of espresso!”

While demonstrating how to make the tiramisu recipe, Garten gave a pro-tip for separating eggs — use your hands! “And the whites fall right through your fingers and the yolk goes right into the bowl,” she said. “And it’s done.”

Garten added sugar to the egg yolks and whisked the ingredients together in her stand mixture “for about five minutes until they’re really light.” She added, “And you’ll see they change completely.”

Garten then measured the rum, recommending dark rum “because it’s got really great depth of flavor.”

She added the rum, espresso, and mascarpone to the egg and sugar mixture. “This is a really lovely ingredient,” she said of the mascarpone. “It’s really Italian cream cheese. It’s very thick, it’s a triple crème, and it’s so rich and it’s going to make dessert delicious.”

“They’re called savoiardi and you get them in the Italian specialty store or possibly even in the grocery store,” she explained. “They’re ladyfingers but unlike American ladyfingers, they’re really crisp.”

Ina Garten said her tiramisu recipe is ‘not rocket science’

After dipping each of the ladyfingers, she placed them in a serving dish, then spread half of the creamy topping over them. She placed another layer of the soaked ladyfingers and topped it with the remaining cream mixture. According to Garten, the dessert can be refrigerated for an hour or two, up to two days. When you’re ready to serve the tiramisu, sprinkle the top with shaved chocolate.

“The good news about this is it’s not rocket science,” Garten said during her demonstration. “All I’m doing, basically, is assembling this and I didn’t have to cook a thing. There’s no standing at the oven going, ‘Is it done? Is it not done?’”

You can find the full recipe on the Food Network website.