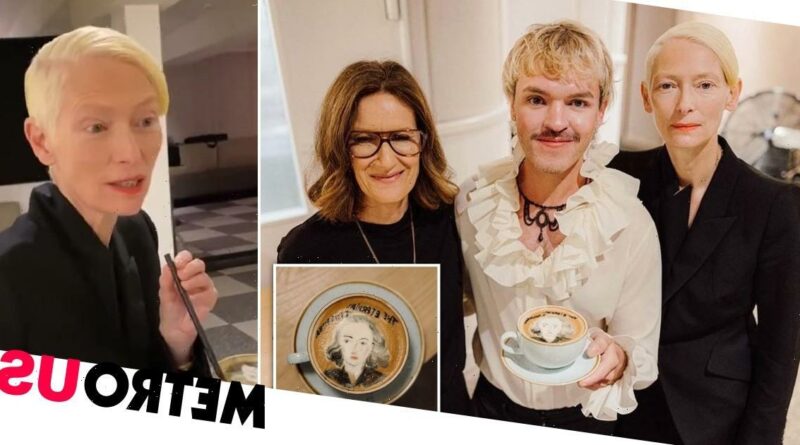 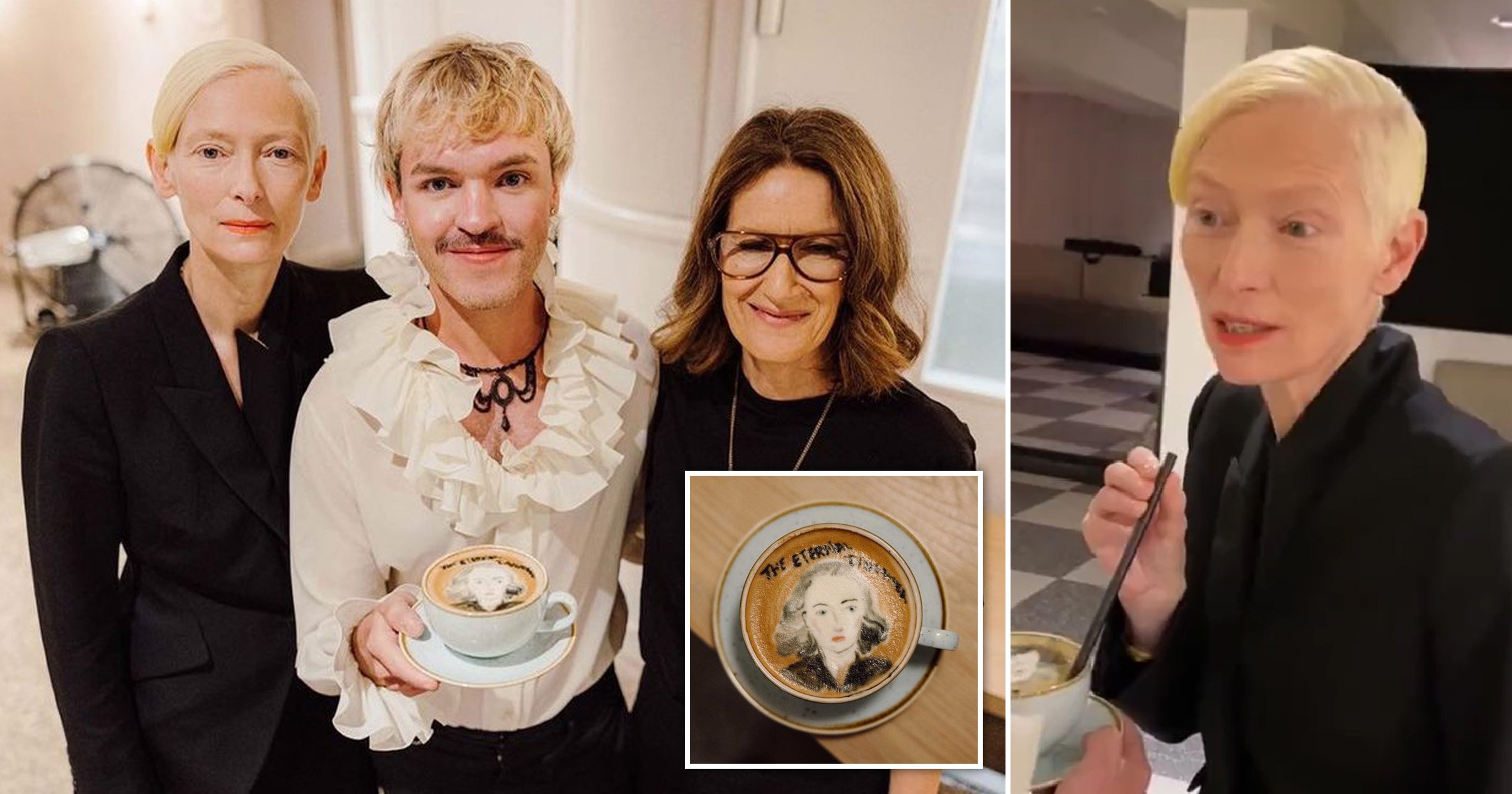 The artistic barista who left Tilda Swinton stunned at his astonishing portrait of her has opened up about his incredible career, and just how he creates his masterpieces.

Brian Leonard, known online as @BaristaBrian, has met celebrities from Meryl Streep and Olivia Colman to Daniel Radcliffe and Bob Odenkirk, and has the unique job of creating stunning portraits in the form at latte art.

He’s become a regular at Toronto Film Festival, leaving pretty much everyone he meets amazed by his creations, most recently Tilda, who couldn’t help but marvel over the latte he made for her.

‘I started making latte art in Toronto when I was working at an Italian wine bar and I had to learn how to use an espresso machine and I just thought it was so cool that you could pour hearts and tulips, and then I started to learn how to do animals, and then I started to do my friends’ faces and it was the progression of, “What can I make in a latte?” that kind of got me where I am,’ Brian explained to Metro.co.uk.

He started to be offered media opportunities, including attending Toronto Film Festival, which he’s been at every year since 2016.

Chatting about his process, he added: ‘I get a list of everyone who’s coming and usually what I’ll do is quickly Google the film and try to find an image, whether it’s a key image or a poster, or if it’s a character image, so for Tilda, for example, it was a character image for The Eternal Daughter, which was the film she was promoting with director Joanna Hogg, who’s also featured in that video.

‘And then I get to show it to them and share their reaction, which is really incredible and it’s awesome because these people see everything and they have never seen what I do.

Replying to @Tom O’Connell this one is up there for sure, she was so gracious and loved the latté art, Iconicque #tildaswinton #baristabrian #deadline #tiff

‘I usually take two to three minutes, it’s really fast – it’s like speed painting. But in those rooms, where it’s more of an art demonstration, I can take my time. I really don’t expect anyone to drink these! We have baristas on site making coffee for people to drink – I just want to show them my art. If they want to have a sip, that’s great, there is zero pressure and I’d almost prefer that we make them something to go!’

And safe to say, he’s had some pretty great reactions.

‘I was called a genius by Meryl Streep and I can’t get enough of that because that’s incredible to me, and Hillary Clinton had the same reaction, which was pretty fantastic,’ Brian revealed.

‘Daniel Radcliffe is a favourite of mine – I’ve got to meet him three times and he is just so down to earth and kind, and gracious with his time. He always takes photos, so I always appreciate that.

‘Jennifer Lopez stands out. She had just hit 100million Instagram followers the day I met her and then she posted me on her Instagram Story so I remember that feeling like a big moment! And that she asked me for a photo – that’s pretty cool. And I obliged obviously!’

Brian’s also still got a few celebs on his bucket list, including Celine Dion, before he eventually ‘settles down’ and opens his own cafe.

He added: ‘I’ve been making art as Barista Brian for about seven years and I’d say I still am learning all the time. I feel like I’m always getting better and this last film festival, I felt like it was my best yet.

‘It’s awesome and I love it – it’s a fun medium for me to paint and I like the challenge. It has to be done in a certain time frame. I look up the image right before I make it and I don’t give myself time to dwell on it or doubt myself, and it’s like that’s part of the challenge – just to look at the image and go, because this canvas is melting!’

‘I’m still shocked at what I can make in a latte and I’m shocked by this whole career, honestly,’ Brian went on.

‘Coming from a very small town in Canada, it’s very overwhelming and totally like a dream come true…it’s my Hollywood story!’