He has since tested negative, the first lady says 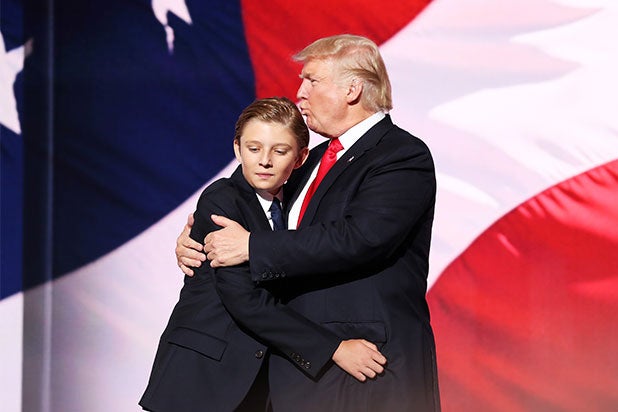 In a blog post on the White House website, she wrote about what happened after she and the president tested positive.

“Naturally my mind went immediately to our son,” she said. “To our great relief he tested negative, but again, as so many parents have thought over the past several months, I couldn’t help but think ‘what about tomorrow or the next day?’. My fear came true when he was tested again and it came up positive. Luckily he is a strong teenager and exhibited no symptoms. In one way I was glad the three of us went through this at the same time so we could take care of one another and spend time together. He has since tested negative.”

President Trump spent the weekend at Walter Reed Medical Center earlier this month after his diagnosis. He has since returned to the White House — and the campaign trail — but was one of many prominent political figures to test positive. Aides like Hope Hicks and Stephen Miller contracted the virus, as did Republican National Committee chair Ronna McDaniel and a number of Republican senators.