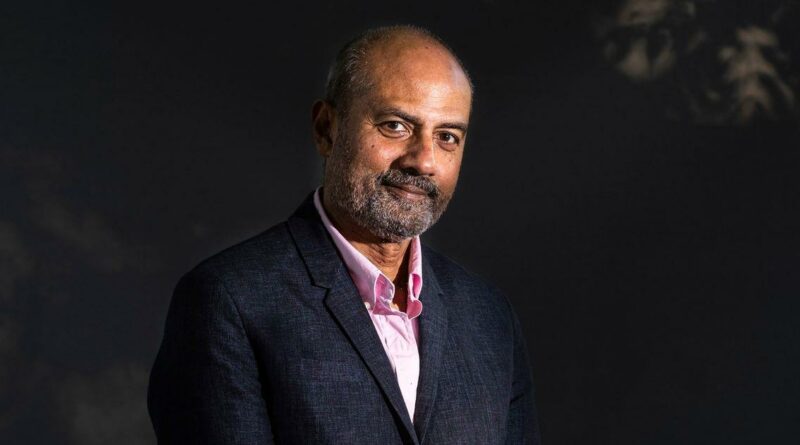 George Alagiah is stepping back from his presenting work on BBC News after scans showed his cancer has spread.

The 66-year-old was first diagnosed with stage 4 bowel cancer in 2014 and took a break from his TV work in October last year as he struggled with the disease.

He returned to his presenting duties on BBC News at Six in April – but now his agent has confirmed he will once again have to take a step back.

His agent, Mary Greenham, wrote on his behalf: “A recent scan showed that my cancer has spread further so it's back to some tough stuff.

“I'm missing my colleagues. Working in the newsroom has been such an important part of keeping energised and motivated.

“I look forward to being back in that studio as soon as I can.”

In an interview with The Sunday Telegraph last month, Alagiah told how he has been on chemotherapy almost constantly since 2014 – apart from a 15 month break when the cancer appeared to have gone. He said he had lost count of the number of rounds he had gone through – although it is more than a hundred.

He added he had a ‘tumour site’ at the base of his back.

He said: “I’ve spent a lot of the last 18 months in extreme pain. There have been times when even lying down makes it worse.

"What I have is a tumour that is resting very close to the spine and, as far as doctors can make out, has eroded a bit of a vertebra.

“More importantly, it is sitting very close to the nerve and the aorta. Both of which are significant. That’s the one we are watching.”

Alagiah was born in Sri Lanka and, after growing up in west Africa, his parents sent him to a Catholic boarding school in Portsmouth aged 11. He began his journalism career in 1982 on international magazine South, before joining the BBC seven years later.

For the next 10 years, he worked as a foreign correspondent – winning a Royal Television Society award in 1993 and a Bafta in 2000 – before landing the job presenting the Six O’Clock News, as it was then called, in 2007.

Despite his cancer diagnosis, the father of two has striven to carry on with the job he has done all his adult life.

He told The Sunday Telegraph: “By the time I walk out of that newsroom at seven o’clock in the evening, having been there since the morning, I am absolutely knackered physically, but mentally I am rejuvenated."

But he also spoke movingly about his fear of leaving behind his wife, Frances Robathan.

He said: “One of the things I want to do is hold hands with my wife until the end, and am I going to be able to do that?