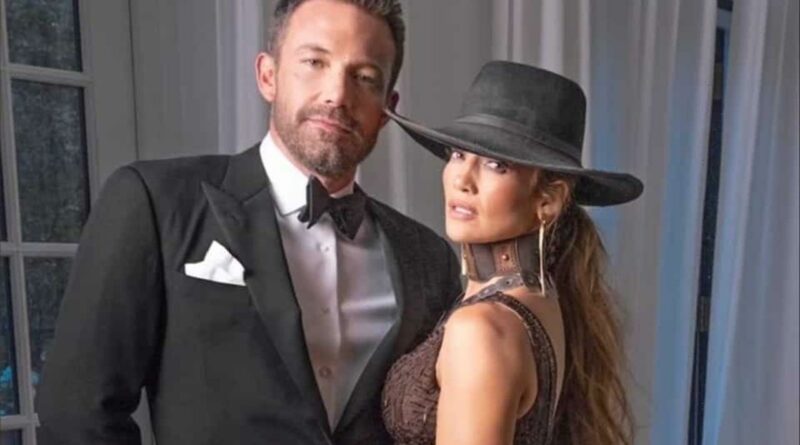 Christopher Anne Boldt reportedly is admitted to St. Joseph Candler children’s hospital in Savannah, Georgia after she fell off a dock at her actor son’s home.

AceShowbiz –Ben Affleck‘s mom was injured ahead of his wedding to Jennifer Lopez. After she fell off a dock at the “Gone Girl” actor’s home, Christopher Anne Boldt was rushed to St. Joseph Candler children’s hospital in Savannah, Georgia.

According to Daily Mail, Christopher took a tumble at Ben’s house where he will hold his second wedding to J.Lo. She reportedly cut her leg following the incident.

Ben later called the ambulance. The “Batman vs Superman” star and the “On the Floor” hitmaker also went to the hospital to accompany his mom. She could be seen wearing a summer dress at the medical center while her husband sported a T-shirt, shorts and a baseball cap as he smoked a cigarette.

Prior to the incident, J.Lo, Ben and their kids took a trip to Glow Med Spa ahead of their lavish three-day wedding. The spa’s owner Courtney Victor said the family looked so “happy.”

She told PEOPLE, “They are clearly in love. They all seemed like such a happy and cohesive family unit.” Speaking about the “Hustlers” actress, Courtney said, “She is absolutely flawless. It’s unbelievable how beautiful she is. She is the epitome of a glowing bride… The group was so low-key and gracious.”

J.Lo has 14-year-old twins Max and Emme with ex-husband Marc Anthony while Ben has Violet, 16, Seraphina, 13, and Samuel, 10 with former spouse Jennifer Garner.

J.Lo and Ben got hitched in Las Vegas last month. However, at their second nuptials, the pair will be joined by friends and family. Their rehearsal dinner would reportedly be held on Friday, August 18 followed by the ceremony the following day and a barbecue on Sunday.

The wedding will be officiated by podcaster and former monk Jay Shetty. According to The New York Post’s Page Six column, the high-profile duo’s ceremony this weekend will see the “On Purpose” podcast host lead proceedings.