Home » Celebrities » Betty White Responds to These 4 Types of Letters 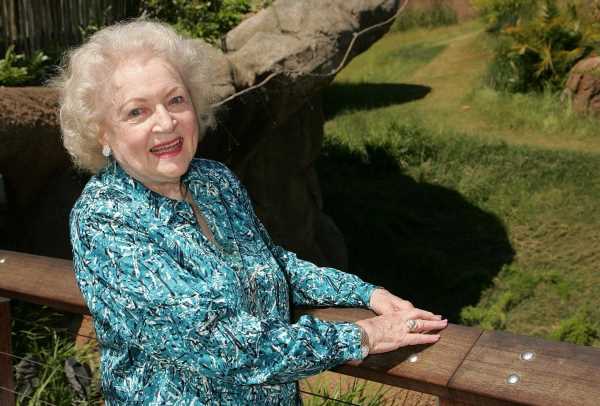 Betty White receives more fan mail than she sometimes knows what to do with. Her decades-long TV career has resulted in thousands of letters each month. However, there are some letters she tries her best to respond to. White appreciates her fans, and she wants them to know it. Here’s what the former star of The Golden Girls said about the four types of letters that usually get a response.

White says she gets all kinds of fan letters with different requests. Her letters increased after she began starring on The Golden Girls. Some people ask for money, some want her to speak at events, and others tell her about what’s going on in their lives. White doesn’t have time to read all the letters, but she says in her autobiography that she and her assistant agreed she would read all the negative letters. White says these letters keep her from thinking of herself more highly than she should.

White’s favorite fan letters are the ones that talk about animals. White is an animal advocate, so she has a soft spot in her heart for these messages.

The 4 types of letters Betty White responds to

White says she can’t answer all her fan mail because of her busy schedule, but there are some letters she makes time to reply to. She says her assistant sets aside certain letters she knows White would want to acknowledge personally.

The first type of letter White responds to is one that mentions the loss of a partner. White says in her book that she realizes this group of people needs to “share their pain with someone who has been through it.”

White loves her fans, and she wishes she could answer more letters. She says other actors advised her to have a company answer fan mail for her. Taking time to answer mail can be time-consuming, so many actors let someone else handle it.

White says she knows an actor who doesn’t handle any fan mail. Instead, “he just dumps it,” she reveals in her book. However, she says reading fan mail is helpful because the letters show her what she’s doing right, as well as things she feels she needs to improve.

How to write Betty White

If you want to write a letter to Betty White, you’re in luck. Letters can be sent to: