It’s not every day that we see Beyoncé in a relaxed setting. As arguably the most famous woman in the world, she’s seemingly always on the go and working hard to provide fans with the content they love her for. But with the coronavirus (COVID-19) quarantine still in effect, she has reportedly been able to pause and kick back.

Recently, she even gave fans a look at her life inside, appearing in a video shared to social media that showed a different side to her. 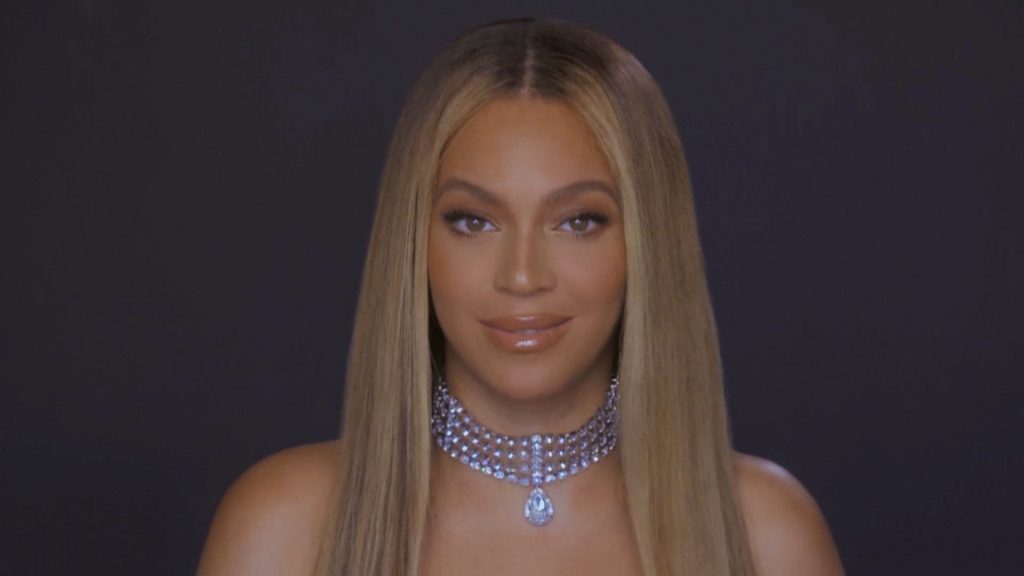 In late September, Beyoncé and other celebrities shared their best “corny jokes” during the 2020 Wearable Art Gala, an event hosted by her mom Tina Knowles-Lawson, who is known for telling jokes on her social media.

Because of the coronavirus pandemic, the 2020 celebration was held virtually. Appearing in a video with her eldest daughter Blue Ivy, 8, Beyoncé dressed casually in a black hoodie with no makeup on and her hair flowing loosely.

“Why does Snoop Dogg need an umbrella?” she said, kicking things off. Blue Ivy quickly interrupted saying, “No, that voice. No. Mom, the voice, no. NO! NO!” But Beyoncé continued.

“Fo’ drizzle,” she said, referencing one of Snoop Dogg’s signature slang words. She erupted into laughter as Blue Ivy repeatedly tried to cover her mouth and get her to stop talking.

The clip then cut to some audio of Knowles-Lawson sharing her thoughts on Beyoncé’s joke. “Hi, Bey. I really appreciate you doing this joke because I know how busy you are, but can’t you like… will you just put on some makeup and get in some good light and stuff, cuz you … it’s the gala, girl!” she said. “All right, call me back.”

In the next clip, Beyoncé is all dazzled up in full makeup and a sparkly outfit as she tells the joke once more.

“My mama was a savage, I got this ish from Tina” @WACOTheater’s Honorary Chairperson, @Beyonce nails her #CornyJokeTime with a little help from @mstinalawson & Blue Ivy ??☂️ #WhereArtCanOccur #WearableArtGala #Beyonce #BlueIvy

Fans love this video of Beyoncé

Knowing how guarded Beyoncé can be, fans absolutely adored seeing her open up and letting her personality shine. Many fans gushed over the video in the comment section and under other social media posts related to the clip, with one writing, “I love Beyoncé best in her ‘regular moments’ because we rarely get to see how she is when she isn’t slaying us to death. I want to know the beyond the scenes Bey with the corny jokes ❤️❤️❤️!”

“This is the most I’ve seen here talk in years,” one fan wrote on The Shade Room’s post about the video, amassing over 40,000 likes.

“I miss seeing Beyoncé more open… it’s all you hateful people!!!!! Y’all make her stay away from the public with her character cuz all y’all do is criticize criticize CRITICIZE!! She knows to protect her peace,” read another message in the comment section.

The video comes as Beyoncé and Jay-Z continue to spend time in The Hamptons, where they share a $26 million mansion. It appears that they have been there since June along with Blue Ivy and their 3-year-old twins, Sir and Rumi.