She hasn’t had great experience at recent Met Galas.

And this year Beyonce is skipping Monday night’s star-studded soiree altogether after missing out on it last year due to the imminent arrival of her twins.

The 36-year-old hitmaker’s husband Jay-Z, 28, is taking her on vacation instead. 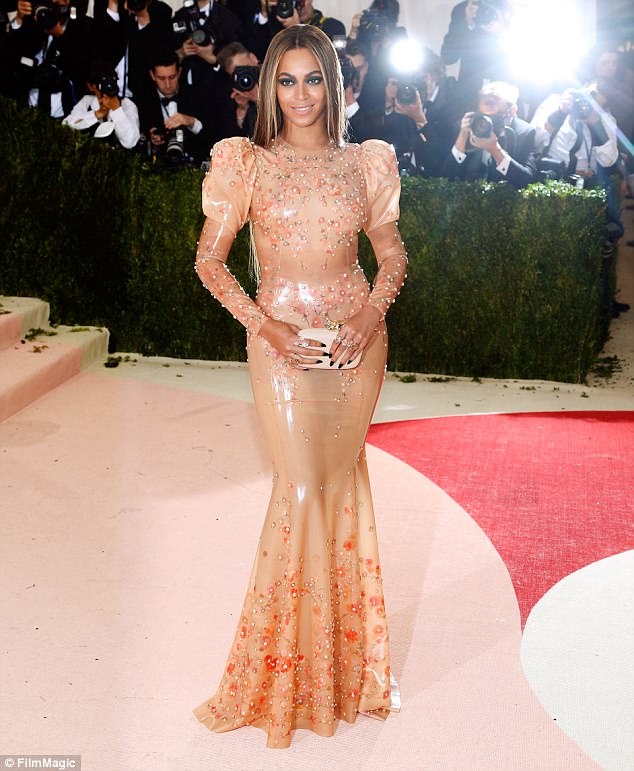 Her last appearance: Beyonce walked the red carpet at the 2016 Met Gala at the Metropolitan Musem Of Art in New York, but hasn’t been back to the Costume Institute event since

‘Jay-Z surprised her with a trip because he felt she needed to relax before the tour,’ a source dished to ET, referring to the couple’s upcoming On The Run II tour.

The source added that Beyonce was planning to go in a custom-designed gown by Peter Dundas, who had been working for weeks on the creation.

In 2016, Beyonce went to the Met Gala solo without her wedding ring amid rumors of Jay’s infidelity.

Two years before, she was caught on video watching as her sister, Solange, 31, yelled, hit and kicked Jay in a hotel elevator. 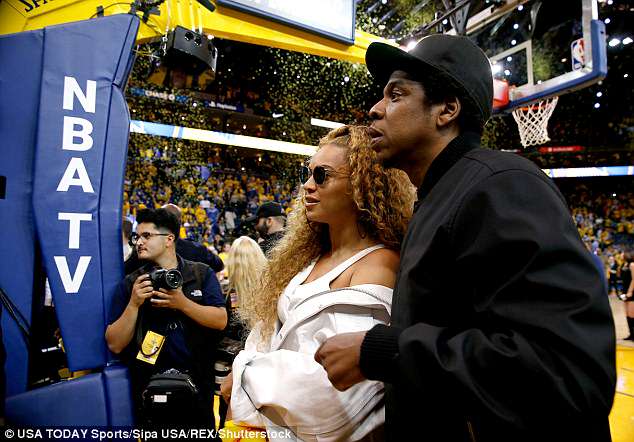 Her honey: Knowles and Jay Z leave the court at the end of the Golden State Warriors and New Orleans Pelicans game in New Orleans in April

Solange later apologized and she and the rapper-entrepreneur put out a joint statement saying that they ‘worked through it.’

The Costume Institute fund-raiser, held every year at the Metropolitan Museum Of Art, is the fashion world’s biggest night, attracting high-powered players from the garment industry as well as Hollywood A-listers. 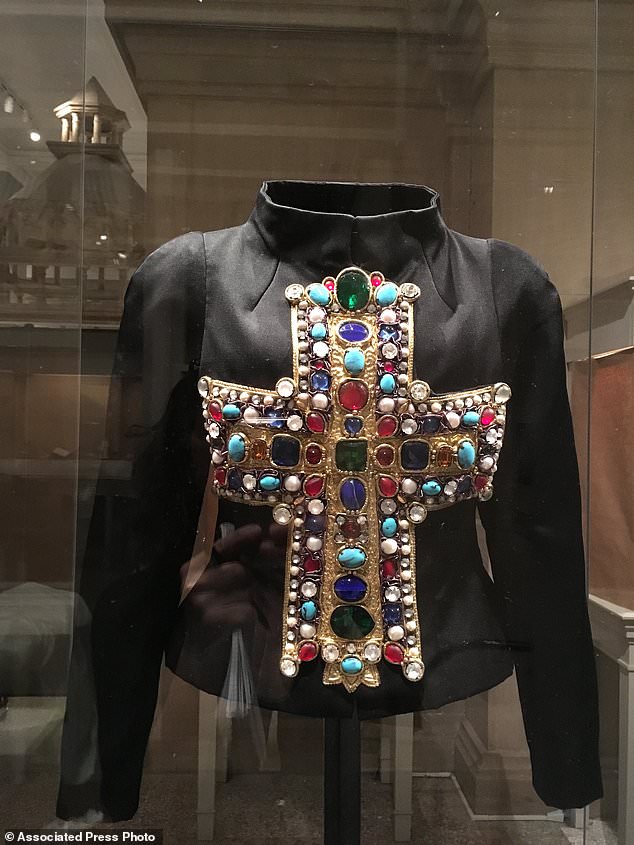 Inside the Met Gala: In a May 5, photo, a jacket by French designer Christian Lacroix, is on display at MoMA’s Heavenly Bodies: Fashion And The Catholic Imagination exhibition 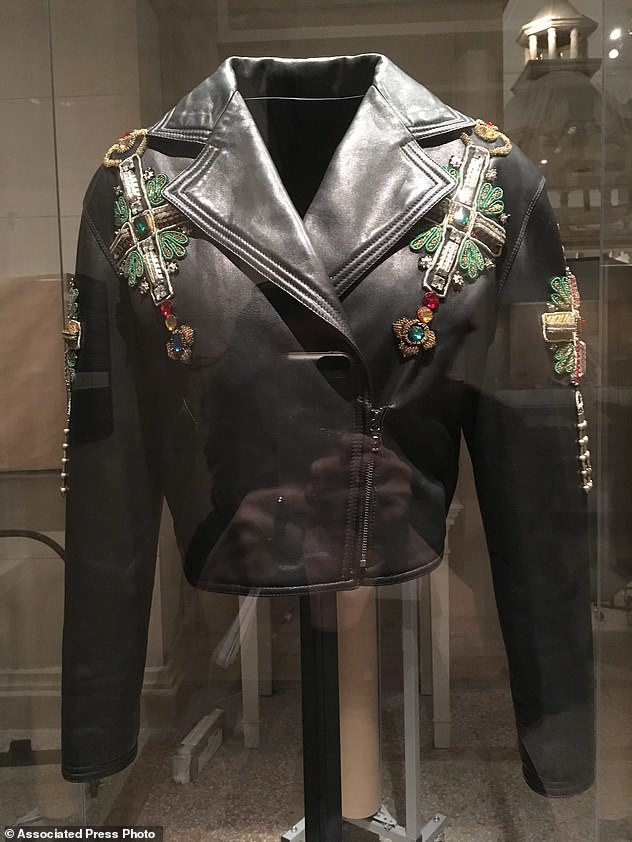 He made the list: A jacket by Gianni Versace, inspired by religious images,  is also on display

This year’s event will be hosted by Vanity Fair’s Anna Wintour plus co-chairs Rihanna, Amal Clooney and Donatella Versace.

The theme is Heavenly Bodies: Fashion And The Catholic Imagination, reflecting the name of the Met’s exhibition.

The showcase includes Papal cloaks and vestments with golden embroidery so fine it took nearly two decades to produce, plus crown-like tiaras encrusted with diamonds, emeralds and rubies. 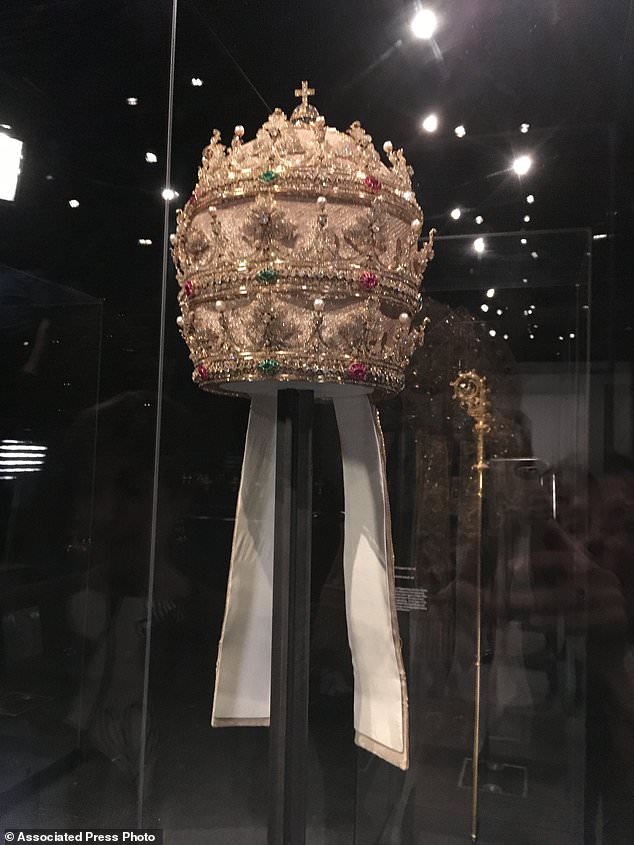 So blingy : A jewel-encrusted papal tiara, as these crowns are called,  from the Sistine Chapel sacristy at the Vatican, is displayed at the Metropolitan Museum 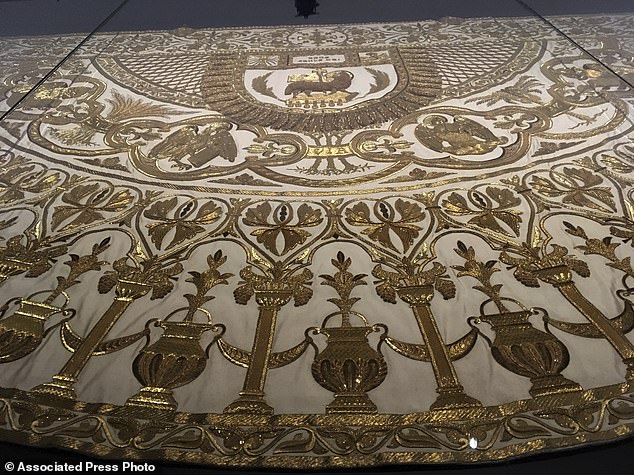 Ornate: A detail from a papal mantle from the Sistine Chapel sacristy at the Vatican is on display at the Metropolitan Museum