The list of epic things that happened on the Golden Globes red carpet include Taylor Swift literally sneaking in, Ryan Seacrest lying about following Sofia Vergara on Instagram, and—ah yes—Bill Hader and Rachel Bilson confirming alllll the rumors about their relationship and going red carpet official.

The rumored couple walked the Golden Globes red carpet together for the very first time, and while they didn’t give any interviews saying “HI, WE’RE DATING,” the vibes are pretty obvious: 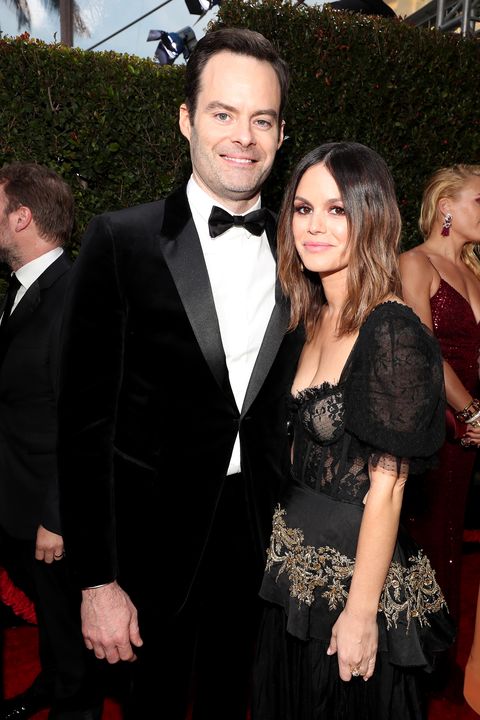 As a reminder, Bill and Rachel were spotted together in Tulsa, Oklahoma, Starbucks a few weeks back, and TMZ went ahead and published pics. They also reported that the pair were holding hands *and* were joined by Bill’s family.

Bill and Rachel both appeared in 2013’s The To Do List, which somewhat awkwardly was written and directed by Bill’s ex-wife Maggie Carey. They got divorced in 2017 after 11 years together, and meanwhile Rachel was with Hayden Christensen for 10 years before they split in 2017. Oh, and she was recently linked to Bachelor star Nick Viall! You love to see it.