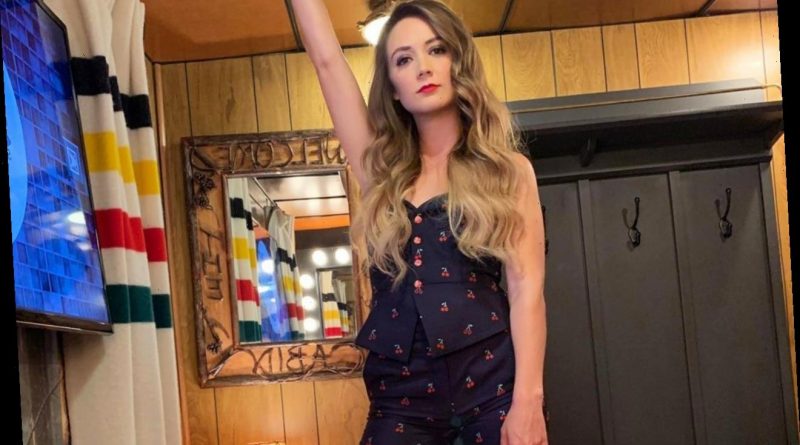 AceShowbiz –Billie Lourd shocked fans when she secretly gave birth to her son Kingston last year. While she welcomed her baby boy amid coronavirus pandemic, the daughter of late actress Carrie Fisher clarified that he is not what people like to call “quarantine baby.”

“He’s not technically a quarantine baby,” the 28-year-old actress told her stepfather, Bruce Bozzi, on his SiriusXM show “Quarantined With Bruce”, on Thursday, January 7. “And I want to make that known because a lot of people are having trendy quarantine babies.”

The “Scream Queens” alum went on to clarify, “Kingston was conceived before quarantine,” adding, “He’s technically just a Caribbean baby.” Later in the interview, Billie shared that welcoming Kingston when people were in self-quarantine “turned out to be kind of a blessing in disguise.” She explained, “I got to keep it to myself, and only my family knew and nobody else knew.”

Recalling people’s reaction when she posted the first picture of her and fiance Austen Rydell’s baby, she went on to say, “Everyone was so surprised when we posted that little picture of his feet, and it got to just be something I shared with the people I loved the most, which was so incredible and made my pregnancy so magical and wonderful, which I did not expect it was going to be, but it turned out to be the greatest experience.”

She also mentioned that the COVID-19 quarantine brought her and Austin even closer than before. “Now we know each other better than anybody could ever know each other,” so she gushed. “He was so caring and incredible and cooked for me and gave me foot massages and did these classes with me. Like, he did the lactation class, he did the positive birthing class. So he was with me every step of the way. And we just became even closer friends, even better partners. And I think it prepared us to be the best parents.”

Billie announced the arrival of her firstborn with an Instagram picture on September 24, 2020. She appeared to give a nod to her mother, who was best known for her role as Princess Leia in “Star Wars” franchise, as the baby could be seen wearing space-themed pajamas. “Introducing: Kingston Fisher Lourd Rydell,” so the “Booksmart” star simply wrote in the caption.