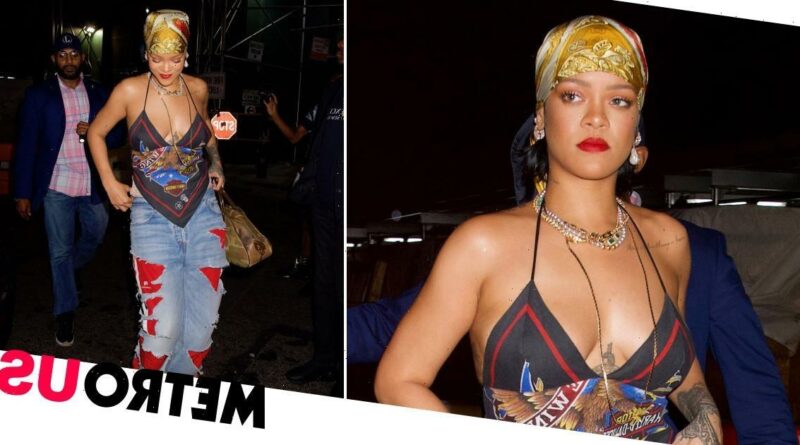 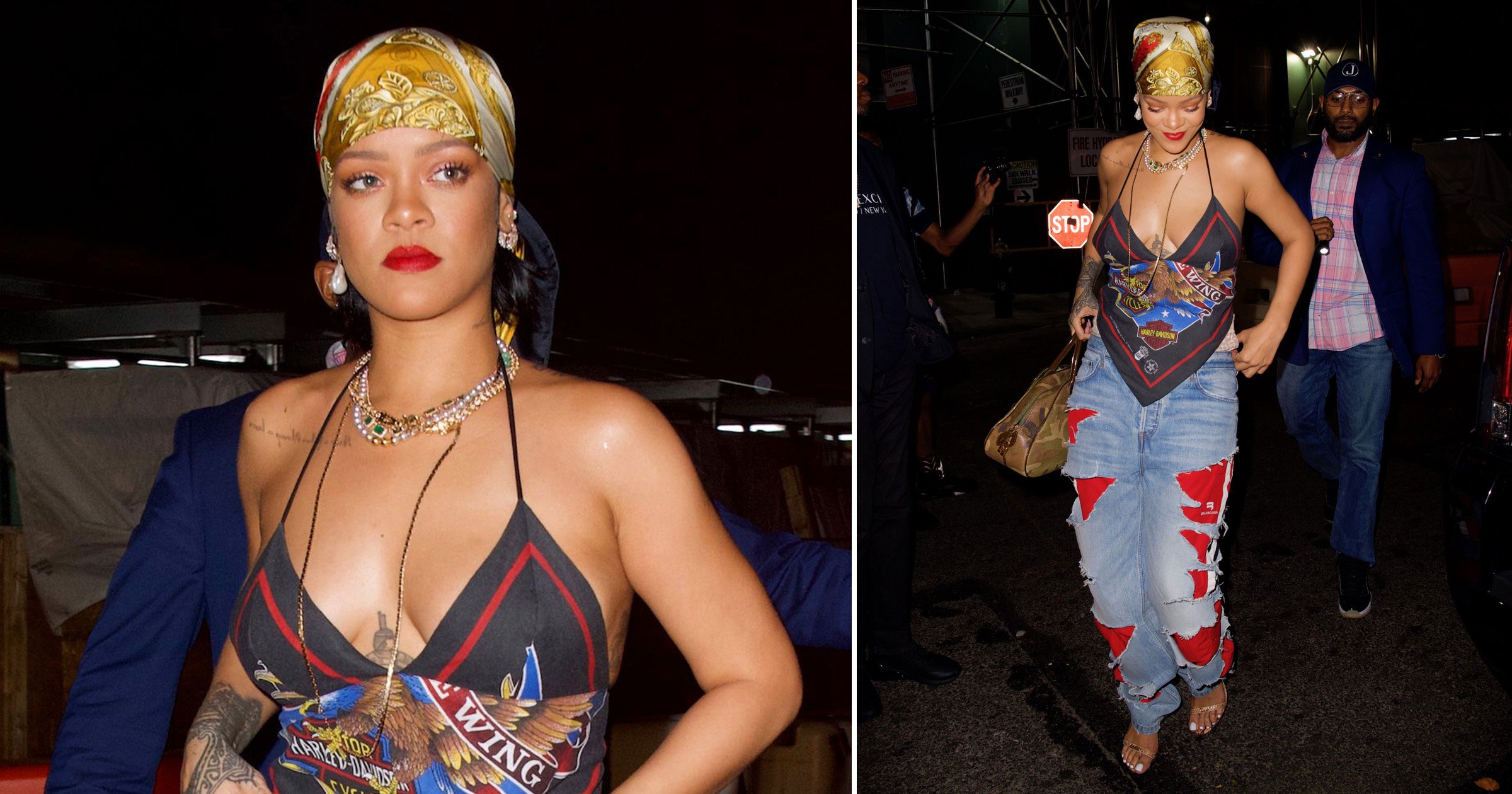 Now she’s a billionaire, Rihanna could literally just wear money if she wanted to.

However, the singer, 33, likes to keep things a bit more low key but she still looked a million dollars as she stepped out in New York City on Thursday.

She opted for a pair of ripped jeans over some red tracksuit bottoms for a night out at a hookah bar.

Rihanna was named a member of the three comma club after Forbes estimated she is worth a massive $1.7billion (£1.2bn) earlier this month, making her the wealthiest female musician.

She stashed the cash from her successful decades-long music career and her Fenty brands.

On being a self-made billionaire, she recently told a 247Paps.TV photographer: ‘God is good.’

Rihanna is the second wealthiest female entertainer after Oprah Winfrey after the Barbadian musician rose to fame with the release of her first single Pon De Replay in 2005.

It’s her fashion and beauty brands that earn her the most money, with $1.4bn of her wealth coming from her 50% stake in Fenty Beauty, the make-up brand she launched in 2017.

She also launched Fenty Skin and she released Fenty Parfum this week, which sold out within hours.

The star shared snaps of herself eating caviar for breakfast after fragrance flew off the shelves, writing on Instagram: ‘How I woke up after #FENTYPARFUM sold out this morning.’