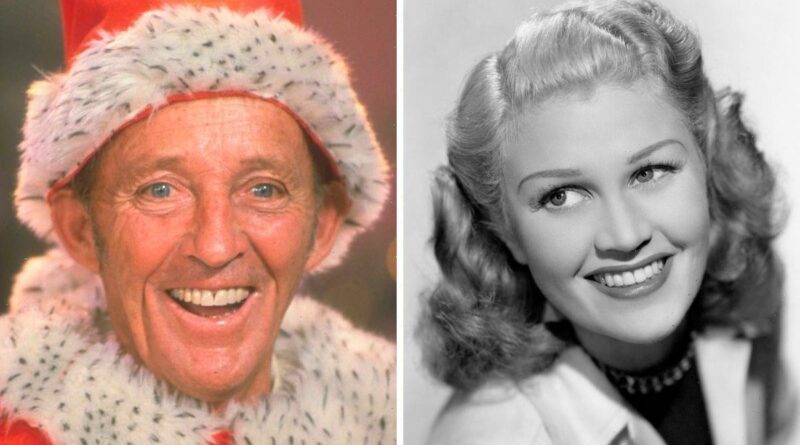 Bing Crosby discusses the origin of his stage name in 1965

White Christmas, perhaps the greatest, and most successful, festive song to ever be created, earned its singer Bing Crosby a place in the music history books when it became the biggest selling single in history. Yet, while it further cemented his status as one of the world’s most cherished actors and singers, behind the curtain of his fame, the crooner was suffering in his first marriage. Years later, Crosby reportedly left another woman heartbroken and “desperate” after she admitted to wanting to marry the singer.

Crosby married twice, first to Dixie Lee, an actress and nightclub singer to whom he had four children, and later to Kathryn Crosby.

The implosion of Lee’s life as a result of alcohol abuse tore through the Thirties and Forties, placing huge pressure on the couple.

The singer reportedly grew tired of her excessive drinking, eventually asking for a divorce in January 1941. The dissolution of their union became so ardent that Crosby would even try and stay away from his home as much as he could, though would always return to support his children.

While he stayed with Lee until her death of ovarian cancer in 1952, Crosby did engage in one extramarital affair, with actress Patricia Neal, who herself was also in a relationship with the married Gary Cooper.

Writing in her 1988 autobiography, As I Am, she detailed how her friend, actress Joan Caulfield, had told her she wanted to marry Crosby but knew she couldn’t, and was in a similar situation to her own tribulations with Cooper.

Regarding their trip to England together, Neal wrote: “She [Joan Caulfield] was a lovely girl and we had some good talks. She, too, was in love with an older married man who was quite as famous as Gary [Cooper].

“She confided to me that she desperately wanted to marry Bing Crosby. We were in the same boat in more ways than one, but I could not tell her so.”

Accounts from Crosby’s biography, Bing Crosby: Swinging on a Star; the War Years, 1940-1946 by Gary Giddins noted that the singer had been out to dinner with Caulfield, and visited “theatres and opera houses” with her.

However, the pair were joined by Caulfield’s mother on many of the encounters. This did not stop claims of their relationship, with Crosby close to divorcing Lee to be with her — but this was ruled out on account of his Catholic faith.

Crosby would marry again after Lee’s death, to actress Grant in 1957.

In the years after Crosby’s death, his eldest son, Gary, wrote a highly critical account of his time with his father in 1983, which claimed he was “cruel, cold, remote, and physically and psychologically abusive”.

The allegations were immediately disregarded by Gary’s other siblings and Crosby’s children, including Phillip, the singer’s youngest son, who vehemently denied the accounts.

Phillip reportedly said: “Gary is a whining, b******g crybaby, walking around with a two-by-four on his shoulder and just daring people to nudge it off.”

Another of Crosby’s sons also spoke out. This time Lindsay, who said before Gary’s book was published: “I’m glad [Gary] did it. I hope it clears up a lot of the old lies and rumors.” However, he wished to remember “all the good things I did with my Dad and forget the times that were rough”.

Of the abuse, Lindsay added: “He was a good father. It was a happy childhood. We had our differences, but we were raised to respect our parents, to do what they said.

“If we didn’t, we got punished. As far as I know [Gary] wrote it because it was about himself and what he felt his life was about. I don’t think it had anything to do with Daddy Dearest. I understand what he’s trying to prove. I don’t think he did anything wrong.”

Crosby died on October 14, 1977, of a heart attack, aged 74, while playing golf with some friends in Spain. Reports say that his final words were: “That was a great game of golf, fellas. Let’s go have a Coca-Cola.”

The heart attack left physicians unable to resuscitate him, and he was given his last rites of the Catholic Church before being pronounced dead.