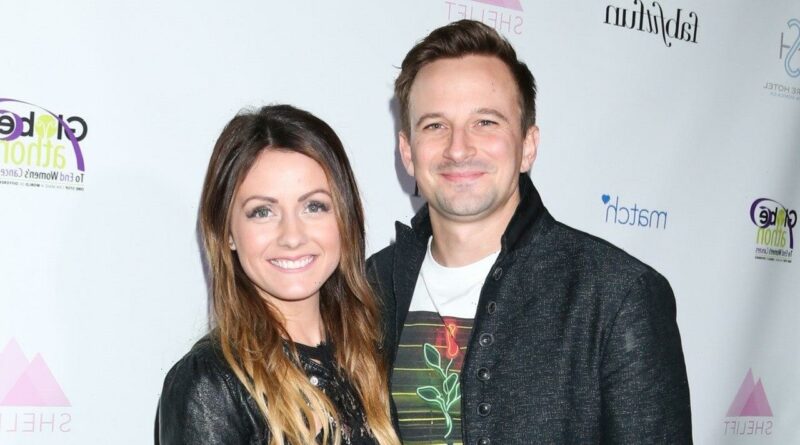 Carly Waddell was taken to the hospital by ambulance earlier this week, her ex, Evan Bass, revealed. The Bachelor in Paradise alum took to his Instagram Story on Monday to share the scary news alongside a pic of Waddell in the hospital.

“Carly’s first ambulance ride — she’s going to be ok and my goodness, this brings back some memories,” Bass wrote, alluding to his hospital visit on BiP, which sparked his relationship with Waddell. 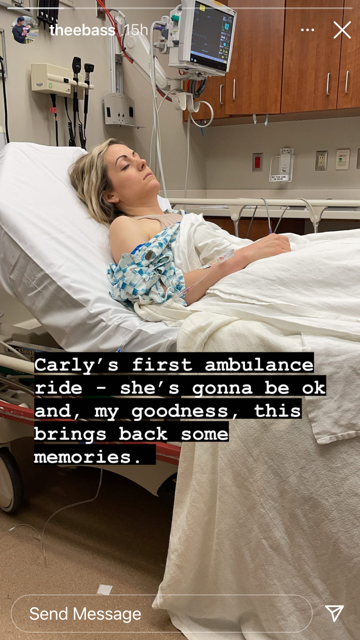 “Thanks for all the prayers and support. After 9 hours we left the hospital but she’s still in pretty rough shape and may have to go back,” he wrote. “Continued thoughts and prayers are so appreciated. And she knows she’s beloved.”

The former reality star addressed fans next, writing, “I know y’all wanna know what’s going on but it’s her health and story to tell if she wants to share.”

Bass added that he got permission from Waddell before posting the hospital photo of her.

“In all the madness, she lost her phone and she really needs to rest so it might be a bit,” he concluded. 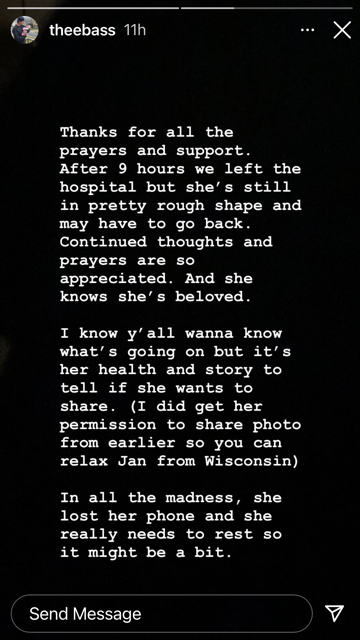 After meeting on Paradise, Waddell and Bass tied the knot in 2017. They went on to welcome two kids, Bella, 3, and Charlie, 1. The pair announced their split in December 2020.

Following news of their split, Waddell revealed in a YouTube video that she and Bass tried “for a really long time” to make their marriage work.

“We focused a lot more on the kids than we focused on ourselves. And, ultimately, I think that was probably our biggest downfall was that the kids kinda came at the top of the pyramid and we never put ourselves at the top,” she said. “If you don’t have a foundation for yourself, then you crumble. The last two years have just been really hard. We’ve been trying to figure it out and trying, trying, trying.”