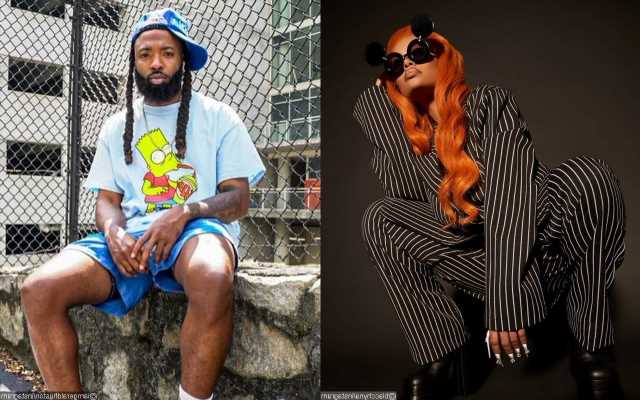 Recalling the incident, the comedian shares that the incident happened when he called the ‘Rob and Chyna’ alum with Ari Fletcher’s name when they met at the club.

AceShowbiz -Comedian Gerald Huston is coming for Blac Chyna. The funnyman claimed that the reality TV star talked about pranks that “got too intense,” leading him to speak about his experience with the model.

“Man, Blac Chyna hit me in my motherf**kin’ mouth,” he said while guesting on “No Jumper”. “Bro, on camera. But it’s dark, so like, we posted it and took it down.”

Recalling the incident, Huston shared that it took place when he mistook the “Rob & Chyna” alum for someone else when he bumped into her at the club. “S**t was crazy. I seen Blac Chyna at the club, and I walk up to her,” he stated. ” ‘Oh my god, it’s Ari Fletcher!’ “

As to why he called Chyna by Fletcher’s name, he explained, “I called her Ari Fletcher ’cause, you know, they both got fake lips and fake booties, fake body parts, and stuff like that.” He later claimed that the mom of two grabbed him by his beard and threatened to “knock [his] a** out.” Huston tried to calm her down by telling her that he was just kidding, though it didn’t really work.

While Huston said that the video of the altercation had been taken down, The Neighborhood Talk has already reposted it on its page. Upon watching the clip, most people thought that the comedian was seemingly antagonizing for a reaction.

The clip saw Huston calling the ex-fiancee of Rob Kardashian “Ari” multiple times even though Chyna was visibly upset. At one point, the video vixen attacked him before several people stepped in so it would not escalate.

“They do anything for a reaction. Why are you playing with her like that?” one user asked in the comments section. Also blaming the comedian, someone wrote, “So you harassed her then created a false narrative?? Mmhhh Men ain’t been Mening enough.”

“He explained that encounter a lot different. He was antagonizing her, & It’s kinda weird to watch,” another person added, while someone else accused Huston of “clout” chasing. Bobby Lytes also defended Chyna, writing, “He started with her! He provoked her and then proceeded to harass her…. That’s crazy.”

Some fans also said that even if Huston was kidding, it wasn’t funny. “This isn’t even funny This that new internet comedy ig I don’t understand,” one of them noted. “Dude lame af,” another comment read.