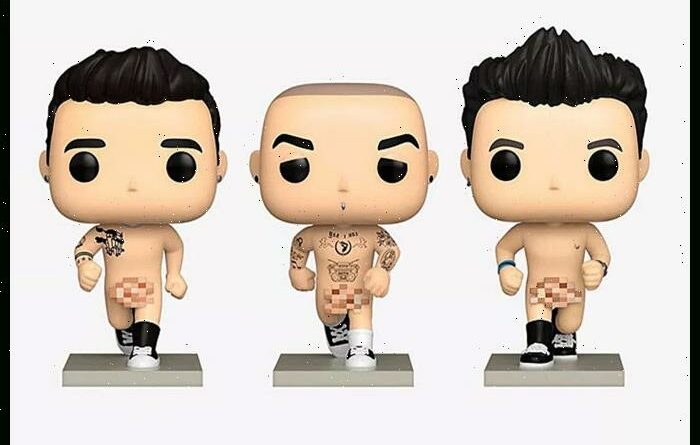 Blink-182 recently took to social media to announce they are getting their own set of Funko Pop! figures, titled “Pixelated Runners,” and also unveiled an official look at the figures.

“‘Pixelated Runners’ @OriginalFunko launches at 8am PST, Tuesday December 13.2022 at @HotTopic and @shopbompa,” the band tweeted.

The band said they got the inspiration for the figures from scenes from their 1999 video for “What’s My Age Again?”

The figure features the stars’ tattoos across the chest and torso. Just like in the “What’s My Age Again?” some plastic pixels cover up all of the Not Safe For Work bits.