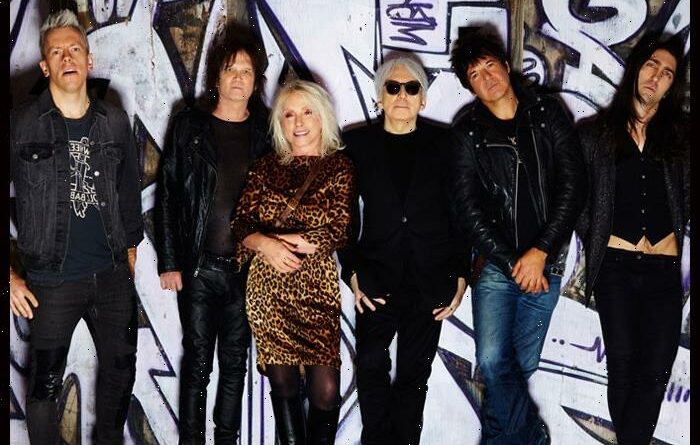 Blondie recently released a new lyric video for their cover of the Doors track “Moonlight Drive.”

The song is the lead track from Blondie’s upcoming expansive box set Against The Odds 1974-1982, due out on August 26.

The new clip shares the lyrics to the previously-unreleased version of the Doors track, which has powerful guitar and keyboards and an unmistakably charismatic performance by frontwoman Debbie Harry.

Jim Morrison, John Densmore, Ray Manzarek, and Robbie Krieger wrote “Moonlight Drive.” According to Jerry Hopkins and Danny Sugerman‘s 1980 biography of Morrison, “No One Here Gets Out Alive,” Morrison wrote the song on a rooftop in Venice Beach, Los Angeles, in 1965.

“Moonlight Drive” includes such lyrics as “Let’s swim to the moon, let’s climb through the tide, penetrate the evenin’ that the city sleeps to hide.”

Blondie: Against The Odds 1974-1982 will be available in a Super Deluxe Collectors’ Edition as well as Deluxe 4LP, Deluxe 8CD and 3CD. It contains all six of their studio albums for Chrysalis, expanded to include over four dozen demo recordings.