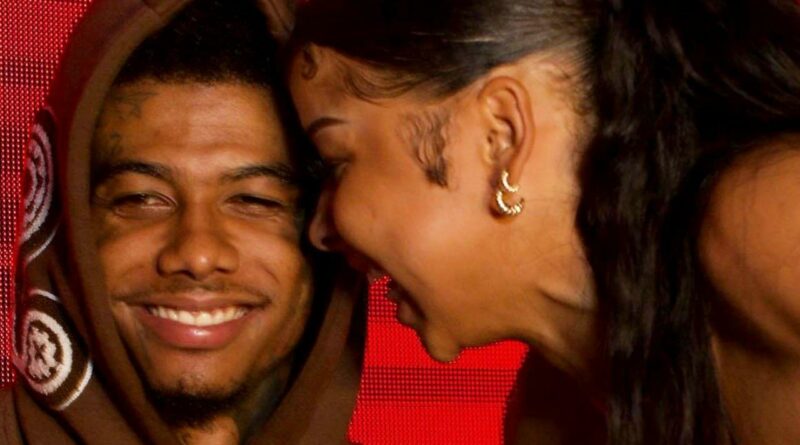 The ‘Thotiana’ rapper seemingly attempts to stop the fixation on his on-and-off girlfriend amid controversial headlines about their social media feud and his alleged abuse on her.

AceShowbiz –Blueface wants everyone to know that Chrisean Rock isn’t as amazing as they think she is. Instead of singing praise for his girlfriend, the Los Angeles-born star has publicly called out his girl for being “bad” lately.

“I love to see females fan out for my girl rock it’s cute but y’all late she been bad,” so he tweeted on Tuesday, November 8. It’s unclear why he felt the need to say that, but it appears that he tried to stop the fixation on his on-and-off girlfriend after others raved over the reality TV star.

One of Chrisean’s fans is Rubi Rose, who posted on Twitter earlier that day, “Chrisean keep getting badder, I know that boy sick as f**k lol.”

To be fair, Chrisean isn’t all to be blamed for her recent negative headlines. Earlier this month, Chrisean accused Blueface of physically assaulting her, leaving her with “busted lip” and “busted nose,” because she had been texting a boy. Several hours later, she retracted her allegations though.

Addressing Chrisean’s facial injuries, Blueface insinuated that things could have been worse had he not restrained Chrisean from jumping out of a moving car. “Pray for rocks mental health if you actually care,” the 25-year-old pleaded with his followers, while insisting that his girlfriend was “perfectly fine physically.”

Several days later, they were feuding online over his baby mama Jaidyn Alexis‘ interview. The “South Central Baddies” star was particularly upset after the rapper defended his ex.

“Everybody has done a interview of went live speaking about my BM an vice versa let’s keep the same respect an stop making it seem like somebody word or existence is more important then the other,” the “Thotiana” spitter wrote on Twitter. “my BM the most loyal to me in this situation an none can top that fr let her shine.”

Chrisean later replied to his tweet, “Not you trynna pick a side now cuz u upset about dat live dat disturbed da world n f**ked up yo image. sorry you da same n***a kicked yo family out for me to come live with you, N***as can’t silence me wen I’m done wrong I’m gon pop my s**t.”

However, they have since appeared to be back on good terms as Chrisean shared an NSFW video of Blueface getting down on her. “Are you about to eating my p***y. I like it,” she said during an Instagram Live, while appearing to be half-naked and lying on a couch. Blueface was not seen on camera, but he was heard asking her why she showed it to her followers.